The report, Sexual Identity, Sex of Sexual Contacts, and Health-Related Behaviors Among Students in Grades 9-12 – United States and Selected Sites, 2015, found that compared to their heterosexual peers, these students are significantly more likely to report:

“Quantifying these risks and negative outcomes on a national scale is critical to protect the health and well-being of more than one million lesbian, gay, and bisexual high school students,” said Jonathan Mermin, M.D., director of CDC’s National Center for HIV/AIDS, Viral Hepatitis, STD, and TB Prevention. “These tragic disparities call for accelerated action by public health and education agencies, communities, and families to protect the lives of lesbian, gay and bisexual youth.”

“These findings confirm substantial disparities in violence-related and other health risk behaviors among students who identify as lesbian, gay, and bisexual,” said Laura Kann, Ph.D., chief of the School-Based Surveillance Branch within CDC’s Division of Adolescent and School Health. “While smaller studies have shown similar disparities, this study documents the national scope of the problem and will open the door to the type of analyses, research, and programs needed to protect the next generation.”

Dangerous intersection of risks place lesbian, gay, and bisexual youth at high risk for suicide and other severe outcomes

While physical and sexual violence and bullying are serious health dangers on their own, a combination of complex factors can place young people at high risk for suicide, depression, addiction, poor academic performance, and other severe consequences.

The YRBS data show lesbian, gay and bisexual students are at substantial risk for several of these serious outcomes:

“Unfortunately, the YRBS data don’t tell us why we see these disparities, but other research points to issues that may put youth at risk for sexual and physical abuse and other types of violence,” said Deb Houry, M.D., M.P.H., director of CDC’s National Center for Injury Prevention and Control. “These include social isolation, lack of parental or caregiver support, or not being perceived as being masculine or feminine enough.”

Parents, schools, and communities can serve as sources of strength

Research suggests that comprehensive, community-wide prevention efforts can reduce the risk of multiple types of violence for these and other vulnerable youth. Studies suggest that parents can play a role in fostering resiliency by providing strong family support and teaching all adolescents non-violent problem-solving skills. Schools can also build an environment that provides a sense of safety and connection for all students, including lesbian, gay, and bisexual youth.

“Connectedness – or social bonds – to peers, teachers, schools, or community organizations is key to protecting the health of these adolescents,” said Mermin. “Students will succeed if they know they matter, and feel safe and supported socially, emotionally, and physically. Solutions may not be simple, but we can take action to build support for lesbian, gay and bisexual youth at multiple levels.”

CDC works with communities, schools, and partners across the nation to expand programs and support data collection and research on the most effective approaches to prevent sexual, dating, and other types of violence and provide the support needed to protect victims from suicide and other severe consequences. Among key efforts, CDC is working to expand available data on suicide, to provide resources and support to schools in violence and bullying prevention, and to evaluate numerous community-level programs to prevent youth violence.

“Tragically, when young people face multiple types of violence or other adverse events in childhood, especially in the absence of support from family, peers, and communities, the consequences can be life-threatening,” said Houry. “All of us can help to position lesbian, gay, and bisexual youth to survive and thrive in their environments, and it’s critical that we take action.”

The Youth Risk Behavior Surveillance System is one of several key CDC surveillance systems collecting health-related data on lesbian, gay, and bisexual individuals. Another critical effort is the expansion of the National Violent Death Reporting System, which provides rich information about the circumstances of violent deaths. In 2012, CDC added available data on sexual orientation and gender identity to the system. While the system is not yet available in every state, CDC is currently collecting these data from 32 states. These data help fill an important gap in information on death from suicide – information public health officials believe is critical to understand and ultimately address factors that lead to suicide.

To reach and protect youth in school settings, CDC provides tools, expertise, and support to education partners across the nation as they work to promote healthy environments, including prohibiting violence and bullying, ensuring students have access to caring adults, and improving health and education services to meet the needs of lesbian, gay, bisexual, and other vulnerable youth.

CDC is also working to evaluate several approaches to suicide and other violence prevention in youth. Programs being implemented and evaluated focus on a number of factors, including school-based social and emotional learning, individual problem solving skills, and community mentorship and other support systems. 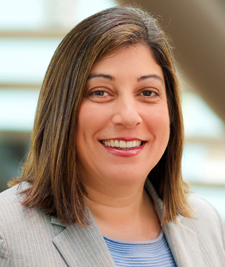 “All of us can help to position lesbian, gay, and bisexual youth to survive and thrive in their environments, and it’s critical that we take action.” – Debra E. Houry, M.D., M.P.H., director of CDC’s National Center for Injury Prevention and Control 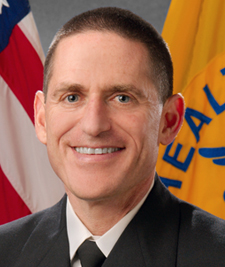 “Quantifying these risks and negative outcomes on a national scale is critical to protect the health and well-being of more than 1 million lesbian, gay, and bisexual students.” – Jonathan Mermin, M.D., director of CDC’s National Center for HIV/AIDS, Viral Hepatitis, STD, and TB Prevention 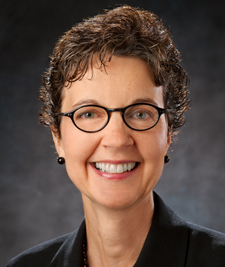 “While smaller studies have shown similar disparities, this study documents the national scope of the problem and will open the door to the type of analyses, research, and programs needed to protect the next generation.” – Laura Kann, Ph.D., chief of the School-Based Surveillance Branch within CDC’s Division of Adolescent and School Health