The content included below is available for historical purposes. CDC is no longer updating this content. Please refer to the most updated CDC PrEP guidance.

Could have significant impact on the U.S. epidemic if targeted and used as directed

Health care providers should consider advising the use of anti-HIV drugs by uninfected patients who are at substantial risk of infection, according to new clinical guidelines.

PrEP, or pre-exposure prophylaxis, could reduce HIV infection rates. When taken daily as directed, PrEP can reduce the risk of HIV infection by more than 90 percent. Inconsistent use results in much lower levels of protection.

The guidelines were developed by CDC in partnership with other federal health agencies, public health experts and community leaders. 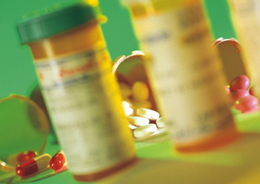 The guidelines say PrEP should be considered for HIV-uninfected patients with any of the following indications:

“While a vaccine or cure may one day end the HIV epidemic, PrEP is a powerful tool that has the potential to alter the course of the U.S. HIV epidemic today,” said Jonathan Mermin, M.D., M.P.H., director of CDC’s National Center for HIV/AIDS, Viral Hepatitis, STD, and TB Prevention. “These guidelines represent an important step toward fully realizing the promise of PrEP. We should add to this momentum, working to ensure that PrEP is used by the right people, in the right way, in the right circumstances.”

The guidelines offer providers specific advice on how to give people the support they need to take their pills regularly. Given the need for high adherence and the lack of complete protection from HIV with PrEP or any other single strategy, the guidelines encourage providers to promote and support its use in combination with condoms and other proven risk-reduction strategies. Accompanying the guidelines is a supplement that includes checklists and interview guides to assist clinicians with PrEP prescribing and counseling.

The guidelines build on interim guidance issued by CDC following the release of research findings on PrEP for men who have sex with men (MSM), heterosexuals, and people who inject drugs. In 2012, the U.S. Food and Drug Administration (FDA) approved the drug combination of 300 milligrams tenofovir disoproxil fumarate and 200 milligrams emtricitabine (TDF/FTC) for use as PrEP in combination with safer sex practices.

Consistent with FDA labeling, the guidelines stress the importance of HIV testing before PrEP is prescribed and at three-month intervals while a patient is using PrEP. Regular testing ensures that anyone on PrEP who becomes infected with HIV discontinues PrEP use in order to minimize the risk that the virus could become resistant to the drugs. Such patients then can begin receiving HIV treatment.

“PrEP is a new approach to HIV prevention that requires continuing collaboration between patients and providers, as effectiveness requires adherence to daily medication and regular medical visits for monitoring, counseling and testing,” said Dawn K. Smith, M.D., M.P.H., the epidemiologist in CDC’s Division of HIV/AIDS Prevention who led the development of the guidelines. “Individuals will have to decide with their doctor if PrEP is right for them, but for some, this may offer a much-needed strategy to help protect themselves from HIV infection.”

In addition to providing guidelines and tools to assist providers in effectively prescribing and supporting PrEP use, CDC and other organizations are conducting pilot implementation studies and demonstration projects throughout the country. These projects aim to identify the most effective ways to deliver PrEP in community settings that can reach those at high risk for HIV infection.

The guidelines were announced today in CDC’s Morbidity and Mortality Weekly Report.