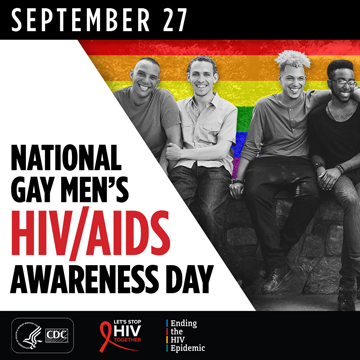 In a recently published article in Morbidity and Mortality Weekly Report, researchers from the Centers for Disease Control and Prevention (CDC) reported results from an analysis of HIV diagnosis, linkage to care, and viral suppression data from the National HIV Surveillance System, 2014–2018. Results showed that in addition to being disproportionately diagnosed with HIV, Black, Hispanic/Latino, and younger men who have sex with men (MSM) are less likely to be linked to care or achieve viral suppression (have low levels of virus in the body). Increased linkage to care promotes viral suppression, which helps people with HIV stay healthy. A person with a suppressed or undetectable viral load also has effectively no risk of sexually transmitting HIV to partners. However, only 67.2% of all MSM included in the analysis achieved viral suppression within 6 months of diagnosis. During 2018, proportionally fewer Black MSM were linked to care and achieved viral suppression than MSM of other racial/ethnic groups.

Although this analysis did not explore reasons for the results, limited health care accessexternal icon, housing instability, poverty, homophobia, and systemic racism commonly act as barriersexternal icon to linkage to care and viral suppression. Additionally, in some cases, healthcare providers’ implicit racial biasesexternal icon (thoughts and feelings that providers are not consciously aware of) toward Blacks and Hispanics/Latinos can influence provider behavior and negatively affect treatment choices. This may lead to treatment nonadherence (not taking medication as prescribed), reducing the likelihood of viral suppression. Researchers concludedexternal icon that interventions that address systemic racism and racial biases within healthcare systems could be beneficial. Interventions that address the social determinants of health associated with high risk for HIV infection among MSM might help prevent HIV infection and eliminate racial/ethnic disparities in HIV infection among gay and bisexual men.

As part of the Ending the HIV Epidemic (EHE) initiative that aims to reduce HIV infection in the United States by 90% by 2030, CDC’s Let’s Stop HIV Together campaign aims to empower communities, partners on the ground, and healthcare providers to reduce HIV stigma among all Americans, prevent HIV among the hardest-hit populations such as Black and Hispanic/Latino MSM, and help people with HIV stay healthy. We encourage partners to visit the campaign website and download and share campaign materials, including those specifically for gay and bisexual men.  We also encourage you to view CDC’s fact sheet on HIV and Gay and Bisexual Men.

Together, we have made tremendous progress but, even amid the challenges we are facing due to COVID-19, we must continue to work together to improve HIV testing (including self-testing), increase PrEP use, increase viral suppression, and eliminate racial/ethnic disparities among gay and bisexual men in the United States. As a partner in HIV prevention, you play an essential role in achieving a future free of new HIV infections, and we look forward to our continued collaboration.

Thank you for your hard work and continued commitment; we wish you good health and ongoing support in these challenging times.