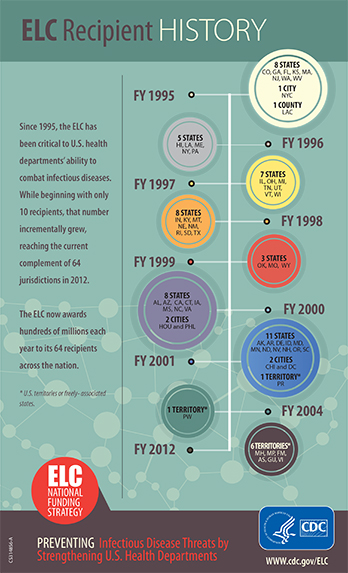 Since 1995, the ELC has been critical to U.S. health departments’ ability to combat infectious diseases. While beginning with only 10 recipients, that number incrementally grew, reaching the current complement of 64 jurisdictions in 2012.

The ELC now awards hundreds of millions each year to its 64 recipients across the nation. Learn when each of ELC’s 64 recipients joined by exploring the ELC Recipient History graphic.