100 Years Since the Great Influenza Pandemic: CDC Updates Regulations for a Modern Era 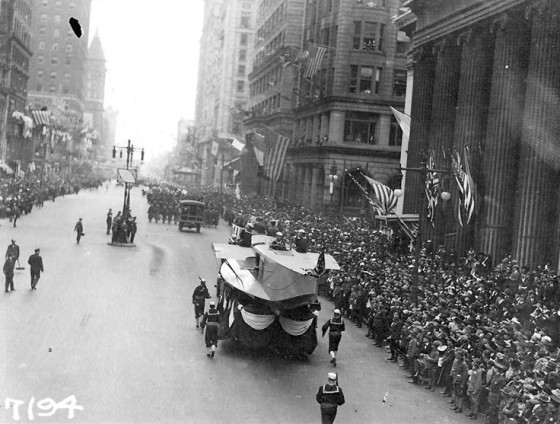 The word quarantine comes from the Italian words quaranta giorni, meaning 40 days. Quarantine practices began in the 14th century to protect coastal cities like Venice from plague. Ships arriving from places known to have infections were required to anchor for 40 days before landing and letting people off.

In 1798, President John Adams and Congress created the US Marine Hospital Service. This service established a network of hospitals and quarantine staff along the coast to protect our young country against the spread of disease.

This network of quarantine staff screened sailors and immigrants arriving from foreign ports for signs of disease. They isolated and treated sick people, and quarantined those who had been exposed. Eventually, this network became the US Public Health Service. 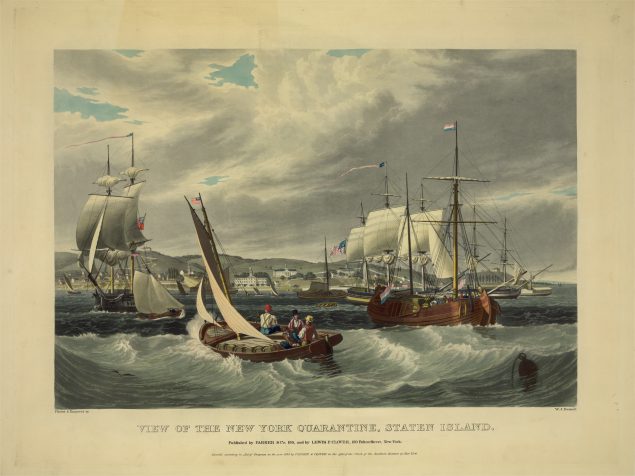 One hundred years ago, history’s worst influenza pandemic devastated communities and left millions of survivors, friends, and family to bear the heavy burden of loss.

As World War I was coming to a close, US cities held Liberty Loan parades to help pay for the war effort, drawing thousands of spectators. With the flu pandemic at its peak, St. Louis decided to cancel its parade, while Philadelphia chose to continue. The next month, more than 10,000 people in Philadelphia died from pandemic flu, while the death toll in Saint Louis did not rise above 700. This deadly example shows the benefit of canceling mass gatherings and employing social distancing measures during pandemics.

A lot has changed since the 1917-1918 flu pandemic. Public health practices have come a long way over the past hundred years. For example, nonpharmaceutical interventions, border health and importation, vaccination, and laboratory systems have improved with each lesson learned from outbreak responses, like

DGMQ scientists, public health officers, and policy experts worked diligently for more than ten years to update quarantine regulations belonging to a previous era. “With each new outbreak response, we faced policy and legal challenges because some of our regulations had become archaic. Our old regulations didn’t include all the knowledge gained about infectious diseases, how modern-day travel spreads them faster, and what the most effective ways are to prevent them now,” said Martin Cetron, MD, director of CDC’s Division of Global Migration and Quarantine (DGMQ).

Many public health practitioners and policy experts welcomed the updates. However, tens of thousands of citizen comments showed that a significant number of people did not understand that the changes proposed were meant to codify existing public health practices and inform the public of DGMQ’s role in protecting US communities during a public health emergency.

When DGMQ staff began receiving public comments on the proposed rule update, they quickly realized that there was confusion about when, where, and how CDC uses its authority to protect public health. DGMQ Policy and Regulatory Affairs Specialist, Ashley Altenburger, JD, explained, “the confusion reflected an underlying fear that we were overstepping our boundaries, which stemmed from a lack of understanding of the authority Congress has granted to us in statute.  Our biggest challenge in addressing these concerns and crafting language for the final rule was to make explicit that CDC does, and will continue to, use the least restrictive approach possible to protect public health. Many people also didn’t realize that our federal isolation and quarantine authority is limited to only nine very serious diseases and that a change of Executive Order by the President is required to modify this list—it is not something that CDC can do on a whim.” 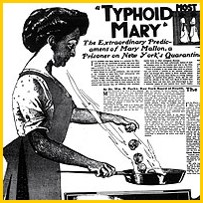 Quarantine and public health practices have come a long way from the 1900s “Typhoid Mary” tabloids to today.

DGMQ based regulatory updates on lessons learned from outbreak responses and input from lawmakers, migration and public health experts, biomedical ethicists, civil rights advocates, and public citizens. “Collaborating to refine and update the regulations was a Herculean task. I am proud of the perseverance demonstrated in publishing the updated Final Rule for Control of Communicable Diseases: Interstate and Foreign. It took meticulous effort and thoughtfulness to craft language to address 15,800 partner and public comments,” Cetron said. The updated final rule enhances CDC’s ability to prevent the introduction, transmission, and spread of communicable diseases (like pandemic flu) into and throughout the United States. The updates clarify how to define an ill person, report communicable diseases, trace contacts, protect civil rights, collect data, and monitor or restrict the movement of those who have or were exposed to a communicable disease.

The final rule update balances protecting public health, American communities, commerce, and an individual’s civil rights. Cetron emphasized, “Quarantine in the 14th century through the early 20th century really focused on the protection of the community at the expense of the victims of illness…victims who were seen as little more than vectors. For example, recall the way ‘Typhoid Mary’ was demonized. In the last 50 years, the civil rights movement in the United States brought to the forefront human rights and the dignity of vulnerable populations. The final rule provides an authoritative framework for controlling communicable diseases in a way that’s based on the latest science, hundreds of years of public health experience, and the ethics expected in these modern times.”

For more information about the final rule, go to the Office of the Federal Register’s websiteExternal.