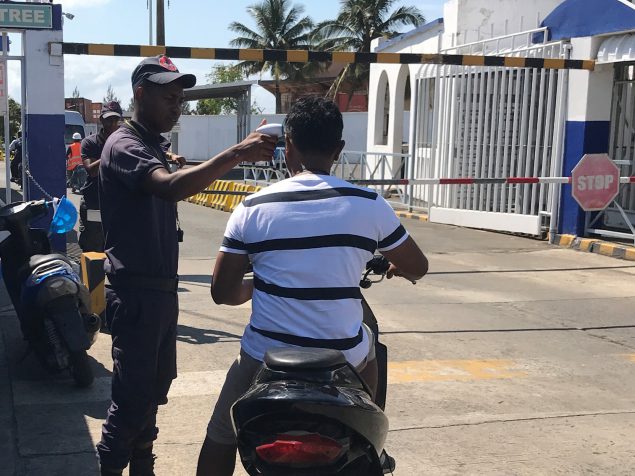 In August 2017, Madagascar health authorities began reporting significantly more bubonic plague cases* than in previous annual outbreaks. Bubonic plague is endemic in rural parts of the country. People can get bubonic plague when bitten by fleas carried by rodents. Often considered a dreaded disease of the past, outbreaks of bubonic plague still occur in parts of the world where rodents frequently come into close contact with people.

As autumn arrived, alarm grew as, in addition to bubonic plague, a mounting number of pneumonic plague cases were discovered in cities. Pneumonic plague is much rarer and deadlier and, unlike bubonic plague, can be spread from person to person. On October 6, CDC Travelers’ Health issued an Alert Level 2 Travel Notice for Madagascar. With the sheer numbers of travelers and merchandise crossing borders, the international community was concerned that flights and ships leaving Madagascar could carry plague to other countries.

*The increase in cases may have been due in part to a sensitive case definition and retaining “non-cases” that were still classified as suspected cases.

The bubonic plague pandemic widely known as the “Black Death” or the Great Plague, originated in China in 1334 and spread along the great trade routes to Constantinople and then to Europe, where it claimed the lives of an estimated 60% of the European population. 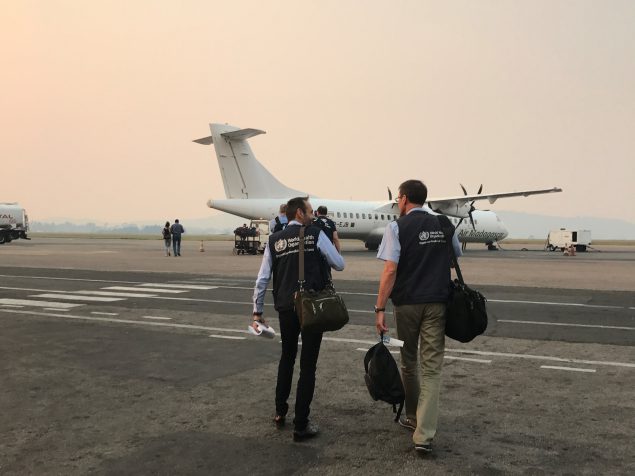 The public health risks associated with pneumonic plague led the World Health Organization (WHO) to request CDC’s technical assistance. With substantial expertise in how travel can spread infectious diseases to other countries, DGMQ staff quickly deployed to join plague experts from the Division of Vector-Borne Disease Branch to evaluate the situation on the ground in Madagascar. DGMQ’s expertise in exit and entry screening, cross-sector collaboration at ports of entry for public health response, and global partner engagement strategies is rooted in years of infectious disease prevention, travel medicine, and border health protection practice as well as lessons learned from responding to the recent Ebola and Zika epidemics.

Shortly after being called upon, DGMQ staff teamed up with WHO and Madagascar health officials to evaluate exit screening activities at the island nation’s seven ports of entry (including airports and seaports). As a follow-up to the evaluation, DGMQ staff provided onsite training and technical assistance at the Ivato International Airport. Non-contact thermometer and personal protective equipment recommendations were shared with airport authorities and screeners. The DGMQ team also advised on how to monitor the outbreak’s evolution and adjust exit screening measures according to the number of cases reported in the community.

DGMQ staff offered expert evaluation and guidance that carefully balanced different stakeholder needs while protecting people from getting or spreading plague as they traveled to and from Madagascar. On November 25, 2017, WHO announcedExternal that the Madagascar Ministry of Health declared that the outbreak of acute pneumonic plague had been contained.