DGMQ’s daily work – including the quarantine station network and traveler education – equips DGMQ to respond to public health emergencies. DGMQ is uniquely positioned and prepared to respond during a major public health emergency by enhancing its normal operations and activities. DGMQ’s ability to coordinate with its network of partners to identify and manage potential health threats, allows the division to prevent disease importation. This network also helps us respond quickly to any infectious disease outbreak that threaten the health of people throughout the world. Keeping people healthy abroad also keeps Americans healthy. Stopping outbreaks where they start and helping countries prevent diseases from spreading across their borders, protects against potential outbreaks in the United States. Here are a few examples of DGMQ’s role in CDC’s efforts to respond to public health emergencies in the United States and around the world. 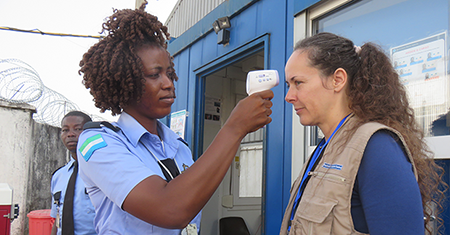 The 2014 – 2016 Ebola epidemic in West Africa was one of the most challenging global public health emergencies in recent times. The Ebola outbreak spread to more than nine countries, gave rise to 27,000 suspected cases, and led to more than 11,000 deaths. As part of CDC’s emergency response, DGMQ focused on health screening, monitoring, and outreach to travelers after their trips to West Africa. DGMQ’s quarantine stations at airports throughout the country played a critical role. 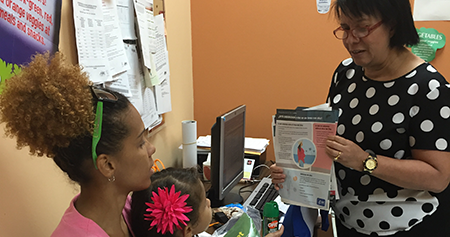 During 2015-2016, the Zika virus emerged as the first major infectious disease discovered in the last 50 years to be linked to serious birth defects. Many areas in the United States have a type of mosquito that can become infected with Zika virus and then spread it to people. As part of CDC’s emergency response efforts, DGMQ focused on traveler outreach, particularly for pregnant travelers and their partners. DGMQ’s quarantine stations in areas potentially affected by Zika (US continent and territories) enhanced activities to reduce the risk of the disease’s spread, relying heavily on building partnerships with local governments and organizations. 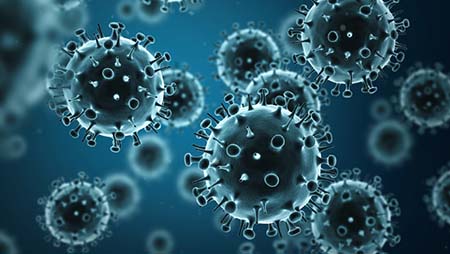 The 2009 H1N1 virus caused the first flu pandemic in the United States in more than 40 years, with higher rates of hospitalizations in children and young adults than previous seasons. As part of CDC’s emergency response, DGMQ collaborated with state and local health departments to stop the spread of flu. Recommended strategies included temporarily closing child care centers, schools, places of worship, sporting events, concerts, festivals, conferences, and other settings where people gather, as well as hand washing and staying home when sick.