U.S. Volunteers Get Sick from Soil Fungus After Building Houses

A group of U.S. volunteers who traveled on service trips to Mexico to build houses returned home with more than the satisfaction of a job well done. They contracted Valley fever (also called coccidioidomycosis), an infection caused by a fungus that lives in the soil where they were working.

CDC led an investigation into why the volunteers got sick, which will hopefully raise awareness for doctors and volunteers to help prevent future cases of Valley fever, and more quickly identify and treat those who do get sick from it.

CDC got involved in August 2018, when the New York City Department of Health and Mental Hygiene called for assistance. Two high school students were hospitalized with pneumonia shortly after returning from separate community service trips to an area near Tijuana, Mexico, within a few weeks of each other. They weren’t getting better after multiple rounds of antibiotics, leading doctors to believe that something else was making them sick. 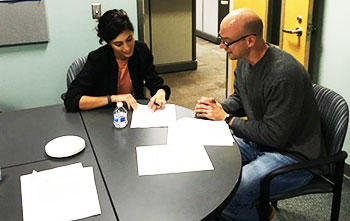 Shortly after the investigation began, the two students tested positive for Coccidioides, the fungus that causes Valley fever. This fungus lives in the soil in parts of the western United States, Mexico, and Central and South America.

The investigation didn’t stop there. Disease detectives from CDC learned that hundreds of volunteers worked on the community house-building project at the same time and continued exploring to find out how many people had gotten sick with Valley fever. State offices in both the United States and Mexico contacted more than 133 travelers in four states from different churches, high schools and community groups, who all worked on the same houses as the first two travelers. 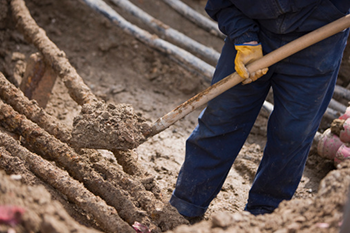 The team interviewed 108 of these travelers, using in-person and online surveys to learn more about their experiences, symptoms, and common risk factors, and whether they knew about Valley fever before traveling. They also took blood samples from 75 travelers. The team learned that most of the travelers, like the first two students, dug trenches, mixed cement, laid foundations, and participated in other activities involving frequent contact with soil.

Most of the volunteers had never heard of Valley fever before. Approximately one-third of those interviewed reported symptoms of Valley fever or had a positive blood test.  The evidence pointed to one specific house-building site as the likely source of exposure to Coccidioides.

“Mission groups and organizations need to be aware, especially when traveling to the southwestern United States or parts of Mexico, that this fungus lives in the environment and that people can get sick from it. Physicians in other areas also need to be aware of this disease and ask patients about their travel history,” said Mitsuru Toda, PhD, an Epidemic Intelligence Service (EIS) officer in CDC’s Mycotic Diseases Branch who led the investigation.

Valley fever is common in the southwestern United States and northern Mexico, including Tijuana, with past outbreaks reported among travelers on service trips similar to this one. These outbreaks emphasize the need for doctors to consider a patient’s recent travel history to understand whether they might have been exposed to Coccidioides. A faster diagnosis means that patients can get the right treatment sooner and recover more quickly.

The public should also be aware about the risk of Valley fever. This is especially important for people who disturb soil in areas where Coccidioides is known to live. Leaders of service groups should educate volunteers about the potential risk if they will be participating in soil-disturbing activities. Volunteers should learn when and how to use proper protective equipment, such as face masks that filter air.

Greater awareness of Valley fever is key to reducing the number of people affected by this disease. Awareness can lead to earlier testing and diagnosis by doctors, especially among people who have recently participated in soil-disturbing activities with service groups in the southwestern United States and northern Mexico.