Disease Detectives Investigate a Histoplasmosis Outbreak in the Dominican Republic 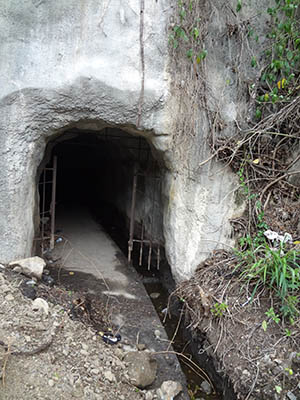 Tunnel where workers were exposed to the fungus Histoplasma

Outbreaks of histoplasmosis have been described in North, Central, and South America after activities that stir up soil or large amounts of bird or bat droppings.  However, there had never been a known histoplasmosis outbreak in the Dominican Republic. In September 2015, a number of previously healthy young men were hospitalized with fever, headache, and cough, and the Dominican Republic Ministry of Health suspected the cause was histoplasmosis. The men all worked as part of a crew which had recently cleared several tons of bat droppings from an old tunnel that had been undisturbed for more than three decades.

To investigate this outbreak, the Dominican Republic Ministry of Health collaborated with a CDC team, which consisted of a Mycotic Diseases Branch medical epidemiologist and Epidemic Intelligence Service officers from the Division of Foodborne, Waterborne, and Environmental Diseases and the National Institute for Occupational Safety and Health. The team interviewed histoplasmosis patients and examined their medical records to find out more about those who got sick and how to prevent more infections from happening in the future. Of the 35 tunnel workers, 30 got sick, 28 were hospitalized, and 3 died. Everyone who was sick did eventually receive treatment, but because of the limited availability of fungal diagnostic testing and antifungal medications, many sick workers did not get treatment right away. Investigators suspect that this outbreak was particularly severe because the workers had been exposed to a large amount of the fungus Histoplasma in bat droppings in the tunnel.

The team developed worker safety guidance to reduce the risk of additional infections. It focused on safely removing and disposing of the remaining waste from the tunnel, and supplying workers with personal protective equipment and training on how to use it. The team also recommended improving access to diagnostic testing and antifungal medications so that any future cases of histoplasmosis can be diagnosed and treated quickly.