Most NJ Homes Not Tested for Cancer-causing Radon

Radon is a naturally occurring gas that can’t be seen and doesn’t have an odor. It is estimated to be the second leading cause of lung cancer in the United States, responsible for over 20,000 lung cancer deaths each year, according to the Environmental Protection Agency. Most cases of radon-related lung cancer are preventable, and dangerously high levels of radon in homes can be mitigated to safe levels. In New Jersey, nearly six million residents live in moderate- to high-risk areas for radon. There is no mandatory requirement for radon testing in the state, and therefore between 1996 and 2015 only about 30% of homes in New Jersey had ever been tested for radon. Because testing of homes is voluntary in the state, outreach to residents is a key factor in increasing radon testing rates.

To coincide with Radon Action Month, the New Jersey Tracking Programexternal icon (NJ Tracking) conducted an awareness campaign in January 2017. NJ Tracking partnered with the state’s Department of Environmental Protection and the Department of Health to promote radon testing and mitigation in over 500 cities. With their partners’ help, NJ Tracking sent informational mailings, posted a variety of social media messaging, produced and shared a podcast, participated in a radio interview to help increase awareness about the importance of testing homes for radon. In addition, NJ Tracking and partners gained the support of the Governor, who issued a proclamation encouraging testing homes for radon.

Due to the outreach campaign, NJ Tracking saw an increase in web page use, social media interactions, and phone calls to the program about radon. Most importantly, the state’s radon database showed nearly a 40% increase in homes tested for radon during the month of January 2017, compared to the previous month. This marked the first increase in NJ radon testing rates in three years. Through increased testing and mitigation, New Jersey residents will likely experience less exposure to radon and reduce their risk of lung cancer.

Because of the magnitude of the storm, staying informed was critical as the state worked to allocate public health resources quickly. Dr. Jerry Fagliano of the New Jersey Environmental Public Health Tracking Program commented, “I would have preferred a less dramatic test of this tool, but Hurricane Sandy really proved the utility of EpiCenter in tracking storm-related emergency visits.”

The Partnership for Maternal and Child Health of Northern New Jersey (The Partnership) was completing a request for funding to expand their home visitation programs. The Partnership needed to include several kinds of detailed birth data in their proposal to clearly identify the populations they wanted to serve.

Naomi Savitz, Director of Quality Assurance at The Partnership notes, “I was able to download the detailed data I needed, outside of normal business hours. NJ SHAD is a really helpful tool; it makes New Jersey data accessible any time, from anywhere.”

Childhood lead poisoning is a problem in New Jersey, mainly because of exposure to lead-based paint. Before 1950, indoor paint had high levels of lead. In New Jersey, about 30% of housing was built before 1950. In several counties, 40–50% of the housing was built before 1950. These homes pose the highest risks for exposure to lead-based paints.

Through a partnership with the New Jersey Tracking Network, the New Jersey Child and Adolescent Health Program now conducts more sophisticated data analyses than were previously available. Geocoding and mapping of childhood lead datasets has become routine. Childhood lead poisoning rates are now available by county, municipality, year of birth, and calendar year of lead testing. This has helped public health officials target resources where they are most needed.

The number of New Jersey children under age 17 who have been reported with childhood lead poisoning (greater or equal to 10 ug/dL) has decreased from 4,048 in 2005 to 1,358 in 2010. This is a 66% decrease. In the future, the New Jersey Department of Health and Senior Services (NJDHSS) will begin to look at the distribution of blood lead levels below 10 ug/dL. This will help to continue the decrease in lead exposure among New Jersey’s children.

Improving the ability to share environmental information between state agencies 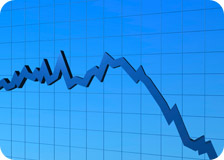 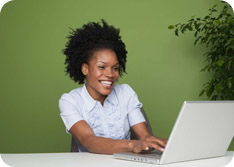 Organizations and agencies have ongoing needs for accurate timely health outcome data for the regions and populations they serve. It can be difficult to find and obtain health related data, especially data for a particular community.

NJSHAD has become a one-stop New Jersey public health resource. Advocates for Children of New Jersey said, “we use SHAD Query to get a lot of the health related data we need, such as statistics on low infant birth weight and infant mortality. SHAD is self explanatory, and has both county and municipal level data, and you can get data by race and age-group.” A consultant to New Jersey’s Federally Qualified Health Centers said, “when you need to make a compelling case to document unmet needs, the data is specific and available. That can be important in a place like New Jersey, where there are huge health disparities by race, ethnicity, or education level.”

NJ SHAD data has already made a difference. When Advocates for Children of New Jersey published NJ SHAD data as part of their annual NJ Kids Count 2010 County Profile Rankings, a low ranked county in southern New Jersey was surprised by some of their numbers. The county has responded by creating a workgroup to track and improve their county’s health statistics. As stated by Advocates for Children of New Jersey, “when numbers are put in a book, you can’t ignore them.”