On April 20, 2010, a drill rig explosion caused about 4.9 million barrels of oil to spill into the Gulf of Mexico. The explosion killed 11 platform workers and injured 17. Marine and wildlife habitats were severely affected, and the fishing and tourism industries of U.S. coastal states were devastated.

The Louisiana Tracking Program has been developing an oil spill response plan in collaboration with CDC/ATSDR*, CDC/NIOSH+, and agencies from other affected Gulf Coast states. Survey- and map-based tracking systems were developed to capture and track health complaints and environmental monitoring results. In addition, the Louisiana Tracking Program worked with the Occupational Safety and Health Administration (OSHA) to make sure that outreach materials were available in several languages and available to those with limited Internet access. 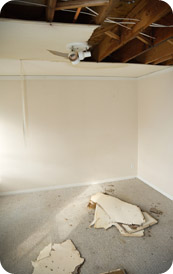 The Louisiana Tracking Program began logging cases from call-in surveys that captured information such as the physical characteristics of the home, exposure duration, and health effects experienced by members of the household. The cases were mapped to assess the magnitude of the health problem and to track locations. State health department staff worked with the U.S. Environmental Protection Agency to identify drywall exposure cases for indoor air testing.

Air monitoring results helped staff identify the chemicals of most concern and develop a public health plan of action. Public health messages provided residents information and ideas on how to reduce exposure and remove tainted drywall from their homes. 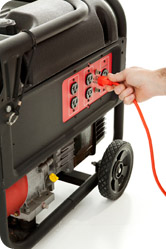 Louisiana tracking staff reviewed data from the Louisiana Poison Control Center (LPCC) to evaluate how often LPCC was receiving calls about carbon monoxide (CO). The review showed that exposure and deaths increased sharply during winter months and after hurricane-related power outages, mostly because generators were not being used safely.

The Louisiana Tracking staff requested changes to Louisiana’s Reporting Rule Requirements for CO poisonings and deaths. The proposed rule change was passed, and as a result, cases of CO exposure or poisoning must be reported to the State Health Officer within five business days.

The health department now has the ability to

This should lead to fewer CO-related exposures and deaths. 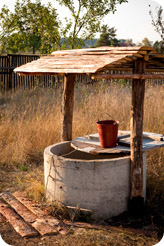 Louisiana has a large number of residential water wells located within one mile of either an operating or abandoned wood preservation or wood treatment facility. No Louisiana law requires private well water testing. This limits the ability to assess potential exposures to chemicals through well water.

As a result of the pilot project, many residents who have private water wells contacted the health department to obtain a list of places where they can test their well water. This should help reduce potential exposures to contaminated well water.