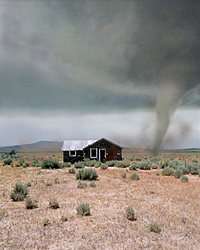 In April and May of 2011, a series of violent storms wreaked havoc in the southern and midwestern United States. From April 25 – 28, 2011, tornadoes left a trail of destruction in a dozen states, hitting Alabama, Georgia, Mississippi, and Tennessee the hardest. National Weather Service records indicate that 321 people were killed and hundreds more were severely injured. Nearly a month later on May 22, 2011, an EF-5 tornado (the rating for the most destructive tornadoes) with winds over 200 mph, struck the city of Joplin, Missouri, resulting in approximately 160 fatalities, more than 1,000 injuries, and a ¾ mile-wide swath of devastation. Two days later, tornadoes claimed another 18 lives in Arkansas, Kansas, and Oklahoma. 1

Environmental health inspector Amanda Bennett, who attended the course in 2010, put her training into action when the Springfield-Greene County (MO) Health Department responded to the Joplin tornado. Bennett says, “Environmental health workers are vital in disasters. EHTER gives students access to all the jobs environmental health practitioners can do in disasters on multiple levels. I finally got to do something I was trained to do. It felt good to be useful.” EHTER provides an overview of environmental health issues in emergencies and disasters, and gives participants the knowledge, skills, and resources to address those concerns. Students taking the multi-faceted course can earn 3.2 continuing education units from the National Environmental Health Association (NEHA). 2 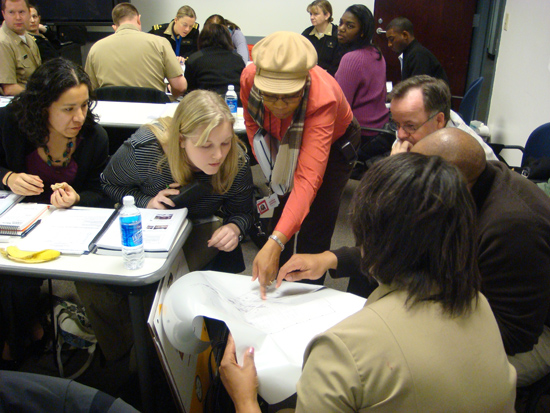 Students participate in an exercise during the EHTER course held at CDC’s Chamblee Campus in March 2010.

In many health departments, environmental health practitioners have specific responsibilities, such as retail restaurant inspection or wastewater management. During an emergency or disaster, however, they may be asked to address a wide range of environmental health issues and fill several different roles, including some that may be unfamiliar.

The 32-hour (4-day) introductory-level EHTER course takes the basic skill sets that environmental health practitioners already have and applies them in the context of an emergency or disaster. Participants learn how to protect themselves, other responders, and the public from environmental hazards. They learn how to test and treat public and private drinking water systems for contamination and how to ensure food safety in mass feedings. And they learn how to control the spread of bacteria, viruses, and other harmful organisms. 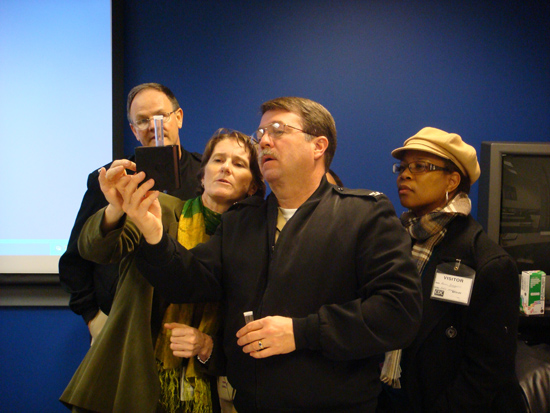 In 2009, CDC’s National Center for Environmental Health and the Federal Emergency Management Agency (FEMA) signed an agreement to deliver the EHTER Awareness Level course at FEMA’s Center for Domestic Preparedness (CDP) in Anniston, AL. This much-needed training is available to state, local, and tribal responders free of charge. All transportation, lodging, meals, and training costs are covered by FEMA. This incentive is especially helpful in a period when state and local funding for training, education, and travel is less available than ever before.

Since its beginning in 2006, more than 2,000 environmental health practitioners and other responders have completed the EHTER course, and it continues to be one of the most popular courses delivered at CDP. In addition, since October 2008, more than 15,000 students have taken the EHTER course online on NEHA’s e-Learning portal: http://nehacert.orgexternal icon. Post-training test scores among students have consistently shown marked improvement in preparedness knowledge when compared to pre-training test scores.

CDC’s Martin Kalis and CAPT Mark Miller are the leads for EHTER. They continue to expand and improve the course to meet the needs of future participants. 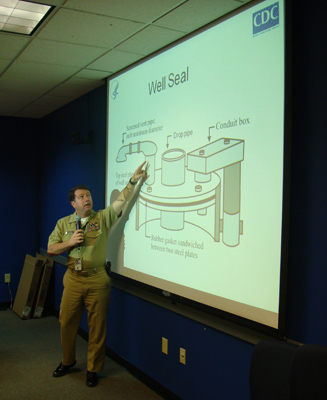 Student feedback regarding the course has been consistently positive, but the best measures of EHTER’s success are the skills graduates demonstrate during actual emergencies and disasters. Because of their EHTER training, environmental health practitioners and other emergency responders are more prepared to face environmental health issues and protect the public’s health. Tim Hatch, Alabama Environmental Program Director at the Center for Emergency Preparedness in the Alabama Department of Public Health and responders throughout the state used their EHTER preparation in responding to the May 2011 tornadoes in Alabama. Hatch is also an EHTER instructor at CDP and says, “EHTER is the best thing going. If my teaching affiliation were to end tomorrow, I would still be a proponent of the course.”