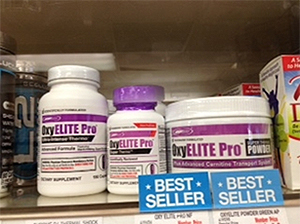 One half of U.S. adults in the United States use dietary supplements such as herbs. Some of these products have been recognized as potential causes of liver injury; however, linking liver injury to a specific product is difficult.

On September 9, 2013, the Hawaii Department of Health (HDOH) was notified by a hospital that it had observed seven patients with acute hepatitis and liver failure of unknown cause. All patients reported that they had used OxyELITE Pro ® (OEP), a dietary supplement marketed for weight loss and muscle gain. HDOH requested assistance from CDC’s Health Studies and the Food and Drug Administration (FDA) to identify additional illnesses, describe common clinical features, and characterize risk factors for illness.

What did CDC do?

On September 27, 2013, CDC sent a team to Hawaii to assist HDOH. Working together, HDOH and CDC developed a case definition and asked clinicians throughout Hawaii to send reports of cases that matched that definition. The team reviewed medical charts from all reports received and conducted follow-up in person or telephone interviews. Additionally, FDA obtained 15 product samples from cases for testing.

OEP was found to be both nationally and internationally distributed. This prompted the team to broaden the scope of the investigation, alerting clinicians and public health professionals nationwide to be on the lookout for liver injury associated with use of weight loss and muscle building dietary supplement. This included sending an advisory through CDC’s Health Alert Network and outreach to professional and provider groups (Learn more about HAN here: http://emergency.cdc.gov/HAN/). FDA issued a health alert for consumers. CDC also worked with the World Health Organization to ensure that the international community was aware of health concerns related to the supplement.

When several cases were detected among members of the military, CDC contacted the U.S. Department of Defense (DoD), who was able to query their system for cases among active-duty personnel and dependents.

Through these sources, CDC was able to identify 92 cases in all — 52 in Hawaii, 24 in the military, and 20 in states outside of Hawaii – patients with acute hepatitis of unknown etiology. Among those patients, 51 (82%) reported consuming OEP, 25 (40%) were hospitalized, two (3%) received liver transplants, and one (2%) died. DoD conducted active case finding among persons receiving care at military treatment facilities and identified an additional 31 cases.

FDA conducted an investigation and discovered that a new formulation with a new herbal ingredient, aegeline, had been added. On November 9, the manufacturer recalled OEP products containing this new formulation. No subsequent cases have emerged once the recall took effect.

What was the public health impact?

As a result of this investigation, national retailers removed OEP from their shelves and the firm issued a voluntary recall for all OEP products. This investigation was the first to recognize OEP as a potential cause of liver injury. It is one of the largest reported outbreaks of liver disease associated with a dietary supplement to date. The MMWR report and multiple alerts raised awareness of the outbreak nationally and led to identification of cases in multiple states (See https://www.cdc.gov/mmwr/preview/mmwrhtml/mm6240a1.htm.) This investigation also led to international case-finding efforts and a recall of OEP in the U.S. and in other countries.