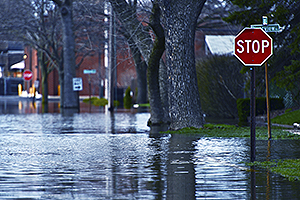 In May 2010, Nashville, TN experienced significant flooding following heavy rainfall. HSB staff traveled to Nashville in May to collect 10 floodwater samples, and subsequently in June and August, 2010 to collect well water samples from flooded and non-flooded wells.

In April 2011, Kentucky experienced significant flooding. From May 1–4, at team worked with the Kentucky Department of Public Health to collect flood water samples from 4 different affected regions of Kentucky. From July 25–26, a team collected follow-up surface water samples from these same locations.

We found that flood water was heavily contaminated with total coliforms, E. coli, Enterococcus, and Salmonella in both Tennessee and Kentucky water samples.

The results from both Tennessee and Kentucky fill a gap in the literature about what is in floodwater, and can serve to strengthen current recommendations to limit exposure and take precautions.