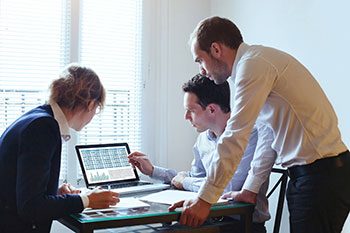 On April 5, 2015, a doctor in the emergency room at the University of Mississippi Medical Center (UMMC) in Jackson, MS, noticed a disturbing trend. A large number of seriously ill patients came to the hospital after using synthetic cannabinoids. The Mississippi State Department of Health (MSDH) took action, asking doctors to report cases of illness possibly related to synthetic cannabinoids to the Mississippi Poison Center and asking CDC’s Health Studies Branch for help with investigating this outbreak.

What did the investigation team do?

The Health Studies Branch teamed up with the MSDH and UMMC and focused on three activities:

The team reviewed ambulance, hospital, and poison center records of patients, identifying those who developed at least two of these side effects from April 2 through May 1, 2015 after using synthetic cannabinoids: sweating, severe agitation, or mental disorder.

Because standard drug tests cannot detect newly developed synthetic cannabinoids, MSDH sent blood samples to a special laboratory at the University of California, San Francisco. Meanwhile, the team interviewed patients in the UMMC emergency room to collect data about how often they used synthetic cannabinoids. Law enforcement officials informed the investigation by explaining how trafficking patterns were changing in the state.

How did the investigation help protect the public’s health?

The Mississippi MAB-CHMINACA outbreak was the largest and most severe synthetic cannabinoid-related outbreak until that time. MSDH informed the public by developing a “Spice” webpage and sending out a press release warning people of the dangers of synthetic cannabinoid use that resulted in 42 newspaper stories, 37 television stories, and over 40 internet stories. The team wrote an article published in CDC’s Morbidity and Mortality Weekly Report (MMWR), describing the investigation and adding to the scientific understanding of synthetic cannabinoid use, as well as the symptoms of illness related to it.

This investigation showed once again the value of teamwork in responding to a new public health threat. In this case, a team of healthcare providers (including medical examiners and coroners), laboratory scientists, public health officials, and law enforcement successfully confirmed the cause of the outbreak and stopped it. This investigation also confirmed the need to strengthen the ability to track diseases and increase laboratories’ ability to quickly detect future clusters of illness and identify new synthetic cannabinoids as they come on the market. We at HSB continue to help state, local, and tribal health departments respond to clusters of synthetic cannabinoid-related illness.