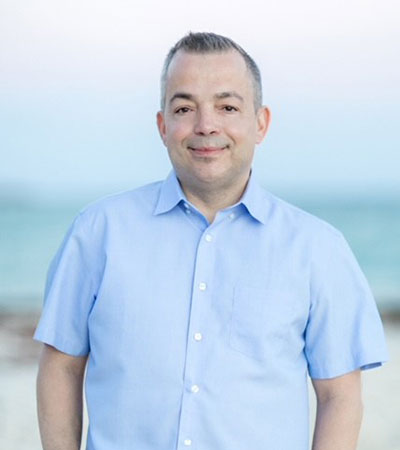 John Zuke was diagnosed with thalassemia at age 4, after his family traveled to the nearest large city (Cleveland, Ohio) in search of a doctor with the experience to correctly identify the cause of his severe anemia.  Anemia is a condition in which a person lacks enough healthy red blood cells to carry oxygen throughout the body. Shortly after, John began receiving regular blood transfusions, a routine medical procedure using donated blood. Transfusions are often used to treat thalassemia. They provide the red blood cells the body is missing. People who receive regular blood transfusions can develop a condition in which excess iron from the transfused red blood cells builds up in the body, which can damage organs such as the heart and liver. Thus, in addition to transfusions, they require treatment (known as iron chelation) to remove the excess iron. At 8 years of age, John began receiving iron chelation treatments.

As a child, John was not allowed to play contact sports such as football because his spleen (an organ in the upper far left part of the abdomen) was enlarged due to thalassemia. There were concerns that it might rupture. After his spleen was removed when he was in the 7th grade, however, John was allowed to play any sport that he wanted – including basketball and baseball.  He even played football. “I mostly sat on the bench because I was extremely small,” said John.  “I completely understood the reasons for my coach’s overprotection—and was grateful just to be on the team.” Although he participated in team sports and tried to be normal in every way, John still felt very different from other children. Much of it was due to his small size, for which he eventually received growth hormone and testosterone injections (injections of chemical substances that can affect growth). But he also overheard people saying things like he had blood cancer and was going to die. Although John knew these comments were not true, they were still frightening to hear and set him apart from others.

As a child, John did not expect to live a long life due to his thalassemia diagnosis. But one day, when he was 19 or 20, his doctor told him that as long as he stayed on track with his treatment schedule to reduce the excess iron in his body, he could expect to live a healthy, productive life and would be able to do anything that others could do. After that encouraging talk, John made up his mind to be successful, no matter what it took. John then had a port (a flexible tube) placed into a vein in his chest, which made it easier for him to be given his medicine each day. This helped bring his iron levels under better control, which minimized the chance that he might suffer organ damage (to the heart or liver) due to excess iron in his body.

John was drawn to a career in nursing because he thought that becoming a healthcare provider might enable him to take the best possible care of himself. While he was pursuing a master’s degree to become a Nurse Anesthetist (a nurse who administers medications to keep patients asleep or from feeling pain during surgery), he briefly stopped getting his treatments due to his intense focus on his studies. Because he was also physically inactive during this period, he gained weight and developed high blood pressure. John eventually realized that he needed to make some changes to improve his health, and he worked hard to build new habits.

Getting his health back on track turned out to be more difficult than John expected. Because it took a long time to deliver the iron chelation medicine through John’s port, his ability to exercise was compromised.  Also, if he got too sweaty during a workout, he was likely to develop a port infection. However, all of this changed when a new iron chelation medicine became available in pill form. John had his port removed and was able to exercise without any barriers. “Then I became like an uncaged beast,” said John. He began doing the P90X (Power 90 Extreme) home exercise program, which consists of high-intensity cross-training exercises. Sticking to this program helped John to lose weight and to keep it off. He also started focusing on food and nutrition in his journey to become healthy and incorporated more vegetables and complex carbohydrates such as whole grains, fiber-rich fruits, and beans into his diet. As he became physically transformed through weight loss and muscle growth, John felt he was in control of his life, which gave him a great deal of satisfaction and motivation to pursue additional goals.

John encourages other patients not to give up and accept weight gain and health issues as an expected part of the aging process. It is possible to become healthier at any age by reversing bad habits, becoming physically stronger, and not settling for less. “When you get into the habit of doing some form of exercise each day, the habits will grow into results and will give you the feeling that you are in control of your life—which is actually the most important result of all.”

John notes that having a long-term illness can involve many hassles related to needing frequent medical care. These hassles can be time-consuming and emotionally draining. Such hassles include insurance companies’ denials of medical coverage, appointment mix-ups, long days at the hospital due to laboratory errors, and having to get stuck with a needle repeatedly prior to a blood transfusion. “By themselves, these things might seem trivial, but over the years they can make you feel like you are a prisoner of the system.” When John finds himself in one of these frustrating but all too familiar situations, he takes a deep breath and reminds himself that it will all work out more quickly if he can meet the situation with patience, logical thinking, and a dose of humility.

When John was dating, he tried to be himself and not worry about what others might think of his thalassemia diagnosis. After meeting Jocelyn, who would later become his wife, he had no problem telling her about his diagnosis. Jocelyn is a very matter-of-fact person and it ended up being a non-issue for her. John never imagined it would be possible for him to become a parent—and yet he and Jocelyn are now the parents of two healthy young boys, John and Jacob. “Being able to provide the life for them that I had always dreamed of—without any treatments or transfusions—makes it all worthwhile.”

John is now 48 years old. As for his future plans, he hopes to retire between 55 and 60 years of age. His career as a nurse anesthetist is very fast-paced and includes a lot of high-level decision-making as well as some manual labor. He also works long shifts. All of this leaves him feeling very tired by the end of the day. Although he loves his job, he realizes it may be hard to continue at this pace when he is in his 60s. He, therefore, made saving for retirement a priority years ago and encourages other people with thalassemia to do the same. “Do your best to have a great career but start a retirement plan early and max it out when you are young. That way, you won’t have to work until you are 65 years of age unless you want to.”

Reflecting on his life, John notes: “As I have gotten older, I have found my health, outlook, and stamina to be better than a lot of my peers because of my mindset and the challenges I faced growing up. Thalassemia has had the positive effect of making me tough and persistent.” He adds, “I feel like I have lived five lives in 48 years, having been through many seasons of life and of thalassemia. I’ve had so many ups and downs, but I’m still moving forward, slowly and steadily, taking in everything that life has to offer.”

Here are some of John’s tips for others living with thalassemia:

CDC thanks John for sharing his personal story.