Meghan and her family lost their son, Miles, during her 40th week of pregnancy. Now, Meghan encourages others to speak about their losses, share their experiences, and educate others. 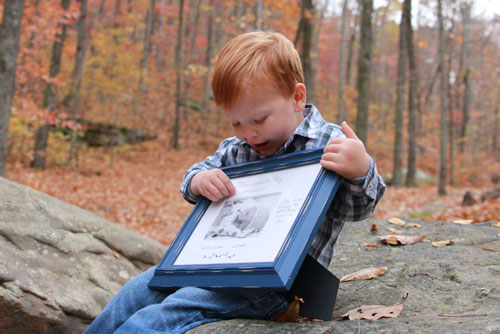 In 2011, my husband and I found out we were going to have our second baby. We already had a lively two-year-old son, Oliver, and we were excited at the prospect of having a sibling for him. My pregnancy with Oliver was healthy, so we had no reason for concern going into a second pregnancy.

While I had common pregnancy symptoms like nausea and back pains, the second pregnancy was going well. I took all the normal precautions—eating well and taking my vitamins—all while chasing Oliver around the house (which counts as exercise in my book). We were told we were having another boy. The search for a perfect name was on.

At my regular appointment a week before my son’s due date, I reported that my baby seemed to be moving less. We listened to his heartbeat, which was strong. My midwife explained that the baby was changing positions, which could account for the change in my perception. She advised me to try not to worry, but to let her know if anything changed. Several times the following weekend, I felt like I was going to go into labor. My son was active, and I felt as though he was trying to descend. But, my contractions never met the standard guidelines for going to the hospital. As my due date neared, I was excited for our baby’s arrival. We had everything ready for him. Oliver was reading books about being a big brother every night and carrying around a baby doll to prepare. 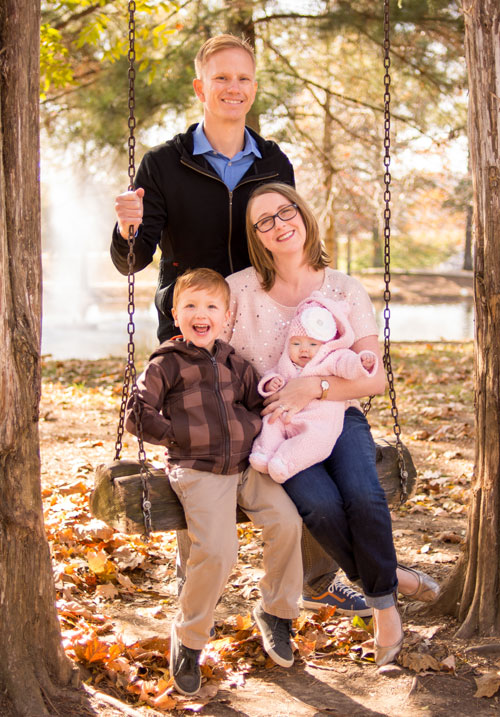 The night before our 40-week appointment, I shared with my husband that I had not felt our baby much that day. I did not have any good method for comparison, though. How much less? How long had it been exactly since he kicked? I felt worried. I searched the internet hoping for answers and advice. Knowing my appointment was in a few hours, I waited for any feeling of movement. Then, I convinced myself I was overreacting and went to sleep.

The next day, we were unable to find a heartbeat. An ultrasound confirmed our son, Miles Fergusson, passed away sometime during the 40th week of my pregnancy. We later were told he died from an umbilical cord accident. He had a nuchal cord, which means his umbilical cord was wrapped around his neck. We were also told it was a rare occurrence. Even if doctors had known the cord was wrapped, nothing could or would have been done differently in the management of my pregnancy.

Unless you have experienced this type of loss, there is no way to imagine the feeling. The pain is primal, raw, and unbearable. Unspeakable, really.

Today, I do all that I can to encourage others to speak of their losses because, as it turns out, our experience is not so rare. All mothers should be aware of the risk of stillbirth and informed of any steps that may reduce the risk. In our last pregnancy, I carefully monitored our baby’s movements and activity. It helped reduce my anxiety about a subsequent loss and encouraged bonding with our next child, our rainbow baby, Misa Renè.

CDC would like to thank Meghan for sharing her family’s story.