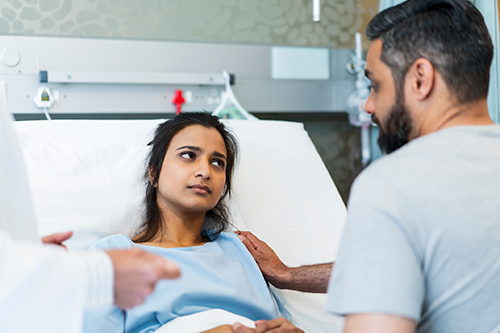 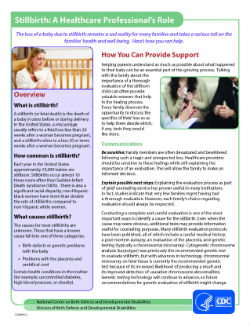 Stillbirth affects about 1 in 175 births, and each year about 21,000 babies are stillborn in the United States.1 That is about the same as the number of babies that die during the first year of life. Because of advances in medical technology over the last 30 years, prenatal care (medical care during pregnancy) has improved, which has dramatically reduced the number of late and term stillbirths. However, the rate of early stillbirth has remained about the same over time.

Stillbirth with an unknown cause is called “unexplained stillbirth.” The further along a woman is in her pregnancy the more likely it is that the stillbirth will be unexplained. Having an autopsy on the baby and other laboratory tests is important in trying to understand why the baby died before birth. Your health care provider can share more information about this.

This does not mean that every individual of black race or older age is at higher risk for having a stillbirth. It simply means that overall as a group, more stillbirths occur among all mothers of black race or older age when compared to white mothers and mothers under 35 years of age. Some factors that might contribute to these stillbirth disparities include differences in maternal preconception health, socioeconomic status, access to quality health care, and stress.2 More research is needed to determine what is underlying reason why some of these factors are associated with stillbirths.

Many of these factors are also associated with other poor pregnancy outcomes, such as preterm birth.