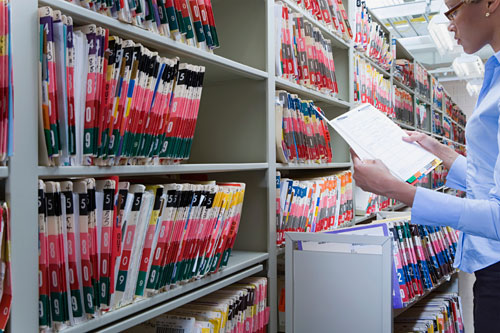 The National Institutes of Health and Centers for Disease Control and Prevention funded the Registry and Surveillance System for Hemoglobinopathies (RuSH) project, which was a population-based monitoring study that collected data on people with SCD in the states of California and Georgia from 2004-2008. These types of studies monitor large groups of people and collect information about how their health changes over time.

The information collected by RuSH was matched up (linked) with state death record files to determine how many people with SCD in these two states and at what ages they died during the 2004-2008 time period. The researchers then compared these death rates to those of African Americans and to the general population in the corresponding states.

By using multiple diverse sources of data, the researchers were able to gather information about people who may not have been included in previous studies, such as those who received care outside of sickle cell care centers or those who may have had limited or no access to regular medical care. Additionally, by linking multiple sources of data, this study is the first to provide information on death among people with SCD who died from causes not specific to SCD, which is a patient group that is missing from studies of death records alone. Read more about the sickle cell disease mortality study hereexternal icon.

Sickle Cell Disease is a group of genetic (inherited) red blood cell disorders. Healthy red blood cells are round and they move easily through small blood vessels to carry oxygen to all parts of the body. In someone who has SCD, the red blood cells become hard and sticky, and they look like a C-shaped farm tool called a “sickle.” The sickle cells die early, which causes a constant shortage of red blood cells. They can also get stuck and clog the blood flow when they travel through small blood vessels. These blockages can cause pain and other serious problems, such as infection, lung-related complications, and stroke

Many challenges exist for researchers that work to accurately estimate the number of deaths among people with SCD. Not everyone who has SCD dies of a cause related to SCD, so the death reports of those individuals might not include the fact that they had SCD. Without this information in the death record, it becomes challenging to estimate the number of people with SCD who have died. Because the researchers who conducted the study described here used multiple sources of information, they were able to gain a more accurate picture of age at death among people with SCD. Further research using multiple sources of data from additional states, spanning additional years, is necessary in order to better understand how and when people with SCD die.