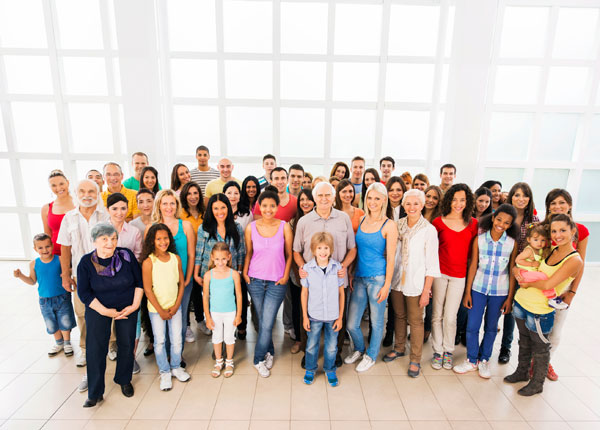 The National Heart, Lung, and Blood Institute (NHLBI)/NIH and the Division of Blood Disorders (DBD) at the Centers for Disease Control and Prevention (CDC) joined forces to develop a state-based monitoring system for SCD and thalassemia. The system, named the Registry and Surveillance System for Hemoglobinopathies or RuSH, was designed to identify and gather information on all people living with a hemoglobinopathy diagnosis of sickle cell diseases or thalassemia in one of the participating states (California, Florida, Georgia, Michigan, North Carolina, Pennsylvania, and New York) during 2004-2008.

This article, published in the journal, Genetics in Medicine, describes the efforts of the participating states and Federal Agencies to design the project and the methods used to collect data for the system. We invite you to read the abstract hereexternal icon.

People are born with SCD.  It is an inherited life-long disease that can run in families.  People with SCD inherited the gene (the instructions in the cell for making sickle hemoglobin) from both of their parents; their red blood cells can make only sickle hemoglobin so they have SCD.

Because the C-shaped red blood cells stick to each other, they don’t work as well as they should and they can form clumps inside the blood vessels.  These clumps can cause severe pain and other serious problems, such as infections, organ damage, and blood vessels clogged with sickle cells in the lungs, called “acute chest syndrome.”

When there are not enough healthy red blood cells, there is also not enough oxygen delivered to all the other cells of the body, which may cause a person to feel tired, weak or short of breath.  This condition is called anemia (uh-NEE-mee-uh). People with thalassemia may have mild or severe anemia.  Severe anemia can damage organs and lead to death.

When we talk about different “types” of thalassemia, we might be talking about one of two things: the specific part of hemoglobin that is affected (usually either “alpha” or “beta”), or the severity of thalassemia, which is noted by words like trait, carrier, intermedia, or major.

Hemoglobin, which carries oxygen to all cells in the body, is made of two different parts, called alpha and beta.  When thalassemia is called “alpha” or “beta,” this refers to the part of hemoglobin that isn’t being made.  If either the alpha or beta part is not made, there aren’t enough building blocks to make normal amounts of hemoglobin.  Low alpha is called alpha-thalassemia.  Low beta is called beta-thalassemia. When the words “trait,” “minor,” “intermedia,” or “major” are used, these words describe how severe the thalassemia is.  A person who has thalassemia trait may not have any symptoms at all or may have only mild anemia, while a person with thalassemia major may have severe symptoms and may need regular blood transfusions.

To learn more about thalassemia, please visit our thalassemia homepage.