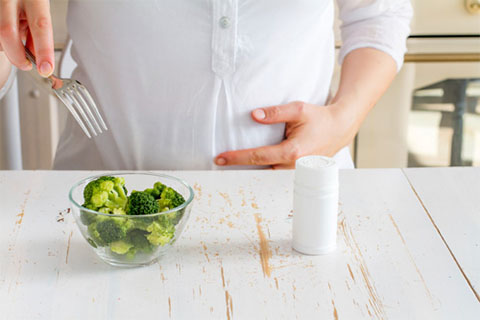 We already know that…

Yet, approximately 2,500 to 3,000 pregnancies in the U.S. are affected by a neural tube defect every year.

This study provides information on the population of U.S. women of childbearing age with blood folate concentrations that are below the level needed for optimal prevention of neural tube defects (a red blood cell folate concentration less than or equal to 906 nmol/L).

This study used data from the National Health and Nutrition Examination Survey (NHANES), which collects data from a nationally representative sample of the U.S. population. NHANES data are collected in 2-year phases. This study used data from 2007-2008, 2009-2010, and 2011-2012. The analysis focused on nonpregnant women of childbearing age, which was defined as women aged 12 to 49 years.

Main Findings from This Study

Prevention policies and programs should focus on population subgroups identified as having a higher predicted risk. Among U.S women in this study, those who did not have optimal blood folate concentrations were more likely:

As a reminder for clinicians, all women of childbearing age need 400 micrograms (mcg) of folic acid daily and healthcare providers are a highly trusted source for this information. It is important to advise patients to get enough synthetic folic acid daily from fortified foods or supplements, or both, and to consume a balanced, healthy diet of folate-rich food.

What are neural tube defects?