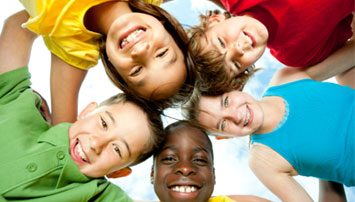 Recently, researchers used data from the 1994-2009 Nationwide Inpatient Sample (NIS), a national database of hospital discharges, to describe trends in VTE-associated pediatric hospitalizations in the U.S. and to evaluate changes in selected factors associated with pediatric VTE. The results were published in Pediatrics. You can read the abstract here. The key findings from this article are summarized in the following text.

VTE — the presence of blood clot(s) in the deep veins, usually in a leg or the pelvis–deep vein thrombosis (DVT) or the lungs–pulmonary embolism (PE). PE occurs when a clot in a deep vein breaks up (or embolizes) and clots break free and pass through the right side of the heart into the arteries of the lungs. In children, VTE is often a complication of treatment for other chronic conditions and is associated with significant illness and death.1,2,3

Main findings from this study:

VTE is associated with substantial illness and death, primarily in adults. Estimates of the annual incidence of VTE in children range from 0.7 to 2.1 per 100,000.1,4,5 Health care costs incurred by the average (median) child with VTE approximate $25,000 per year.6

Preventing VTE is a national priority and supports Healthy People 2020 objectives. In 2008, the Surgeon General released a Call to Action to Prevent Deep Vein Thrombosis and Pulmonary Embolism. CDC is committed to working with its partners and the public to address VTE public health needs through the development and strengthening of surveillance, research, health promotion and education, and laboratory capacity.