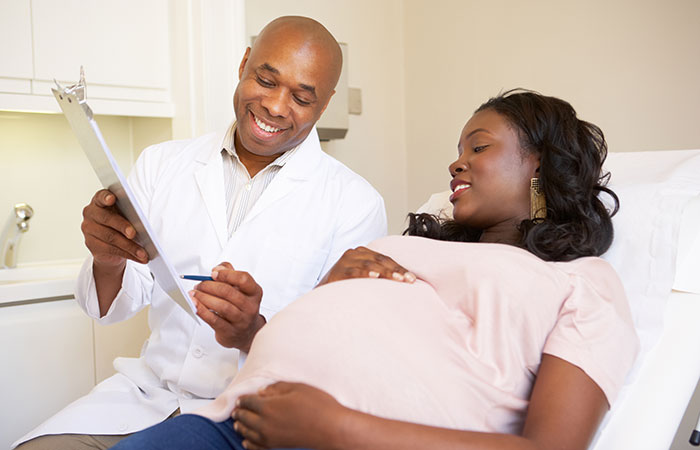 Venous thromboembolism (VTE), also known as blood clots, includes blood clots in a deep vein such as in the arm or leg (deep vein thrombosis or DVT) and a blockage in the lungs known as a pulmonary embolism (PE).

Pregnant women are at increased risk (likelihood) for a VTE due to the natural changes that occur in a woman’s body in preparation for childbirth. Getting a blood clot during pregnancy can cause health problems, but the greatest risk for a blood clot is 1–3 weeks after giving birth and may incur serious consequences if not prevented. PEs are among the top 10 leading causes of pregnancy-related deaths. Over the past 20 years, about 1 in 10 pregnancy-related deaths in the United States were due to a PE blood clot.

Researchers at the Centers for Disease Control and Prevention (CDC) analyzed administrative data (claims information) from the Nationwide Inpatient Sample to examine the prevalence (number of people with a condition) of VTE, DVT, and PE from 2004–2014 among women hospitalized during pregnancy or shortly after delivery. The Nationwide Inpatient Sample is the largest database of all-payer (for example, Medicare, Medicaid, private insurance, uninsured) U.S. inpatient hospital stays taken from billing data. Researchers also examined data from the CDC Pregnancy Mortality Surveillance System (PMSS) from 1998–2013. These spans of time represent not only the period of time when VTE prevention guidelines and recommendations were adopted, but also a period when pregnancy-related deaths due to cardiovascular disease increased.

We invite you to read the scientific summary of the study here.

Main Findings From the Study

Delivery hospitalizations: Delivering (giving birth) to a baby at a hospital.

Postpartum hospitalization: Being hospitalized after delivering a baby for health problems (complications) related to childbirth.

Overall, similar to other studies, this study showed that VTE rates among U.S. delivery hospitalizations decreased more than 11% during 2004–2014;  however, this decrease was due to decreasing DVT rates. The prevalence of women who had a PE during delivery or postpartum hospitalization did not change. Also, PE remained a significant contributor to maternal deaths (death to mothers).

Delivery hospitalizations: Delivering (giving birth) to a baby at a hospital.

Postpartum hospitalization: Being hospitalized after delivering a baby for health problems (complications) related to childbirth.

The study also showed that women who delivered by C-section had the largest decrease in DVT rates. There were no changes in DVT rates among vaginal deliveries.

Adoption of VTE prevention guidelines may have helped lower DVT rates in the United States. However, PE rates did not change, emphasizing the need for further work to address this dangerous condition and its contribution to maternal death. In addition, given that the larger proportion of women have vaginal deliveries, the lack of change in DVT rates among vaginal deliveries compared to women who delivered by C-section may highlight the need to develop VTE prevention recommendations and guidelines for women delivering vaginally. Risk factors for cardiovascular disease (heart conditions), such as older age, obesity, and hypertension (high blood pressure), are increasing among pregnant women, and these risk factors put women at greater risk for blood clots during pregnancy. More research on these risk factors is needed to better understand the risks of pregnancy-related VTE and its impact (effect) during pregnancy and the postpartum period.

Reference for the Study