Bleeding Disorders in Women: Free Materials about Signs and Symptoms

Heavy bleeding can be a health risk. Untreated bleeding disorders can cause dangerous bleeding during dental work, injury, childbirth, miscarriage, or any surgery whether minor or major. Finding out that you have a bleeding disorder and getting the medical help you need can improve your daily quality of life and reduce stress. Use the free materials below to see if you have signs and symptoms of a bleeding disorder.

Teen Girls Brochure – It’s Your Health. Own It. Period 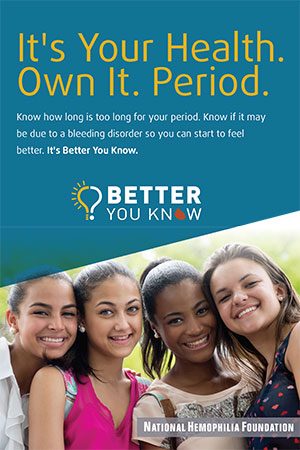 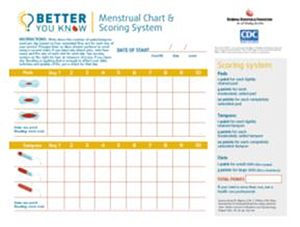 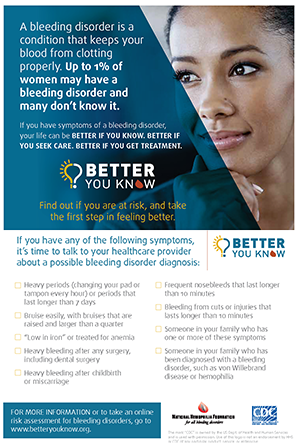 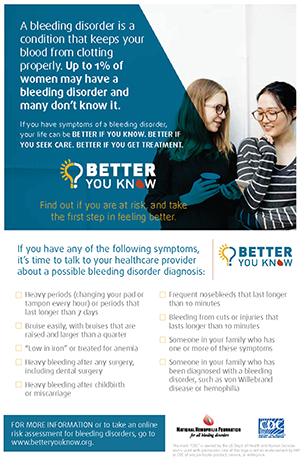 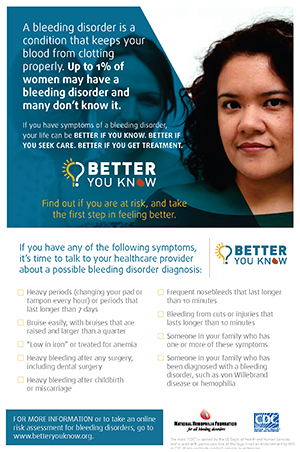