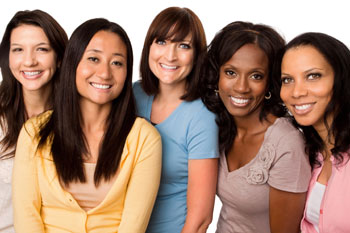 Information about bleeding disorders is vital for young women. It can help them recognize symptoms sooner and prompt them to seek medical care faster so that they get an earlier diagnosis and treatment. To help ensure that health education materials are adopted and used, they must be designed to meet the needs of the intended users. Therefore, the Division of Blood Disorders in the National Center on Birth Defects and Developmental Disabilities (NCBDDD) at the Centers for Disease Control and Prevention (CDC) along with the National Hemophilia Foundation (NHF) and Harris Interactive worked together to develop and carry out a national internet survey of young women that aimed to:

A total of 1,243 young women aged 18 to 25 participated in the survey. This article was published by the American Journal of Preventive Medicine and you can read the summary here.

Main findings from this survey: 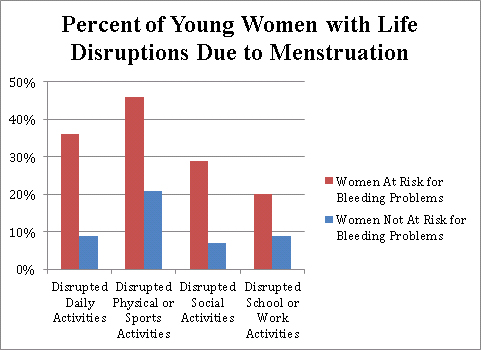 How do Bleeding Disorders Affect Women?

Bleeding disorders are a group of conditions that occur when the blood cannot clot properly. The most common bleeding disorder in women is von Willebrand disease (VWD), which occurs in about 1%, or approximately 1.6 million women in the United States. Women with VWD may experience symptoms such as nosebleeds, easy bruising, and heavy menstrual periods that last longer than a week. This heavy menstrual bleeding is also known as menorrhagia.

Another bleeding disorder is hemophilia. Hemophilia is a rare disorder caused by a mutation or change in a gene. Hemophilia runs in families, but typically affects only boys or men. Women generally do not have hemophilia but they can pass on the mutation for hemophilia to their children. Some women with the hemophilia mutation may have mild bleeding symptoms such as heavy bleeding during periods or problems with bleeding during childbirth. At the time of childbirth, women with bleeding disorders are more likely to experience excessive blood loss called postpartum hemorrhage.

Women with a family history of bleeding disorders should talk with their doctor to learn their risks.  Blood tests are generally done by a hematologist (a doctor who specializes in blood diseases) to find out whether a woman has a bleeding disorder.

Survey responses were compiled from 1,243 young women age 18 to 25. CDC and NHF initiated this work to learn more about what young women think and know about bleeding disorders. These findings will be used by CDC and NHF to develop health promotion materials that encourage young women who have symptoms of a bleeding disorder to see a doctor to find out for sure so that they can get treatment, if needed.

To learn more about women and bleeding disorders, please visit: