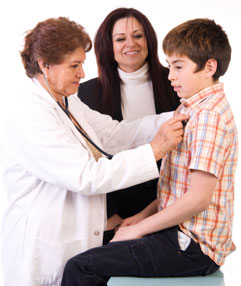 The Universal Data Collection (UDC) system was developed by a committee made up of staff from CDC, the hemophilia treatment centers (HTCs), and a person with a bleeding disorder. These members were chosen through the national network of HTCs to broadly represent the community. The members of this committee provided oversight for the UDC system. Together, they decided what data were collected and how they will be used.

The data collected from 1998-2011 were used to find out how many people with bleeding disorders had complications and how severely they were affected, to study how different treatments affected patient health, to monitor the safety of blood products used to control bleeding, to assess quality of life, and to determine health issues needing more research. The data are still available for analysis by investigators.

UDC collected data from people with hemophilia and other bleeding disorders of all ages to better understand issues across the lifespan.

Repeated bleeding into joints causes chronic joint disease which can lead to pain, decreased movement (range of motion), and a reduced quality of life. One of UDC’s goals was to monitor joint health over time. Studying this information allowed us to learn more about what makes a person more likely to have joint problems and develop ways to prevent them.

For example, UDC data showed that people who are overweight are more likely to have decreased movement in their joints. Data have also shown that the rates of overweight and obesity among children and adolescents with hemophilia are similar to those among the general population, which are currently at epidemic levels. As a result, CDC recommends that people with hemophilia and other bleeding disorders exercise and maintain a healthy weight to protect their joints.

Another important component of UDC was monitoring treatment-related complications in people that are routinely exposed to blood and blood products. Participants in UDC provided a blood sample each year during their annual clinic visit. A portion of this sample was tested for certain viruses, including hepatitis and HIV. This testing indicated if these viruses may have been transmitted through blood and blood products used to treat bleeding disorders. 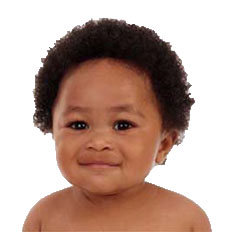 Children Younger Than 2 Years of Age with Bleeding Disorders

The UDC system collected data on infants and toddlers younger than 2 years of age. This is important because the complications of bleeding disorders that affect these young children are often different than those that affect older children and adults. CDC collected information on issues related to early bleeding that can lead to complications such as long-term neurologic effects due to bleeding in the brain or the development of an inhibitor. In addition, understanding the complications that occur in newborns with bleeding disorders during delivery and after routine procedures performed soon after birth can aid in early diagnosis and appropriate treatment and follow-up care.

Women and Girls with Bleeding Disorders

The goals of this effort were to:

HTCs that participated in the UDC developed an electronic patient database tool system so that CDC could receive UDC data entered remotely by HTC staff. Use of this system reduced the amount of time between collection of data at the HTC and receipt of data at CDC. In addition, because the software performs most data validations before the data leaves the HTC, use of the software has resulted in fewer data validation errors and increased efficiency.

The laboratory tracking system linked the blood sample information with the clinical data information from the patient data forms. Once the data were linked, the system provided the CDC laboratory with test orders required for each patient’s blood sample. The laboratory specialists uploaded test results directly into the database, and reports of patient results were generated and transmitted to the HTC.

Where people live, work, and play can have a major effect on their health and well-being. CDC used geographic information systems (GIS) to extend and strengthen the UDC system. GIS are a group of relatively new computer-based technologies that provide the ability to link, manage, and store geographic data from a variety of sources in one central virtual location. Health professionals, advocates, and members of the hemophilia community used maps and visual displays derived from UDC system data to inform and guide their activities.

One HTC used the maps to create a treatment product exchange program with strategically located hospitals in the state. Through the program, unused factor product was rotated back to the HTC before the expiration date, ensuring that hospital pharmacies could maintain an up-to-date supply of factor products.

Mapping and other GIS technologies are powerful tools to use surveillance data in new and informative ways.

CDC’s hematologic research laboratories play a vital role in advancing the scientific knowledge of disorders such as hemophilia. We currently conduct studies to evaluate, improve, and standardize methods and procedures for classifying blood disorders. The laboratories conduct tests to identify exposures to blood borne infections such as hepatitis and HIV, and they store samples for future investigations.

The Division of Blood Disorders is seeking proposals from investigators with research questions that may be addressed using data collected as part of UDC. Investigators from any discipline within the U.S. HTC network are encouraged to submit proposals using the following template and instructions.

For information on how to access UDC data and how to submit a proposal for analysis, please see the “Organizational Structure and Guidelines pdf icon[PDF – 228 KB].”