Living with Tetralogy of Fallot, Asha 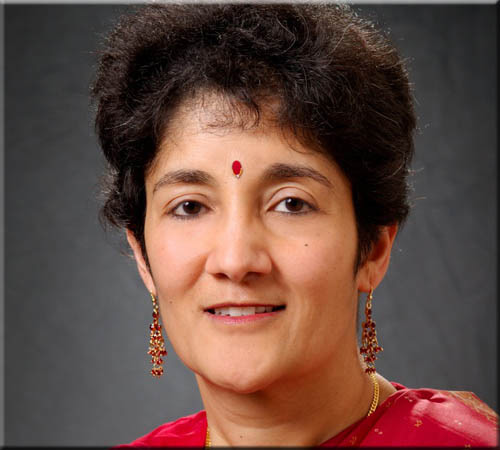 Asha was born with a critical congenital heart defect (critical CHD), during a time when open heart surgeries in India were unheard of. Read her story below of how she exceeded all expectation for survival and how she is now one of the pioneering adults living with a critical CHD.

Here is my incredible journey as a congenital heart patient. I was born with four defects in the heart called tetralogy of Fallot, commonly known as “blue baby”. In the 1960s in India, open heart surgeries were unheard of. Uncorrected, this condition rarely survives into adulthood. At age 4, I had a procedure to help my blood bypass the problems in my heart, which helped me attend school. Trying my best to be “normal” despite a long “do-not-do” list, I completed high school. I had a growth spurt at age 15, and my student life came crashing down, as daily school attendance became a challenge. In 1976, I was given a 5% chance of survival for an open-heart surgery. The decision was momentous both to me and my family. The 8-hour surgery involved not only correcting the defects, but also fixing what had been done in my previous procedure. The result of the surgery was unknown for about 72 hours, but I pulled through with only a scar infection as a complication. A three month stay in the hospital was followed by a year of a salt-free diet and no school.

Having survived the open-heart surgery (called total correction), I became a medical example. My spirit demanded an unusual education. With the doctor’s permission, I opted to become a software engineer, and took up a career in information technology. I met a man who was brave enough to take me on for a spouse, and we moved to Scotland where I began a Master’s program. Thirteen years after the open-heart surgery, a new murmur led to the discovery of the results of the initial procedure coming undone. I was shuttled to Glasgow to a pediatric surgical center to fix it.

In 1992, we moved to the US and in 1997, I had a daughter – a 32 week preemie. Motherhood and pregnancy took a toll and by 2002, I began to feel breathless and exhausted. My pulmonary valve needed to be replaced. Again, it was yet another pediatric hospital and pediatric heart surgeon who fixed me. This time the survival rate given was 99% and only a week’s hospital stay!

I am one of the first groups of adults alive with this congenital heart defect. We form a new population whose healthcare needs have not yet been studied and whose prognosis and life-expectancy are still unknown. Recently, I experienced heart palpitations requiring medication to slow my heart. A new unexpected defect in the left side of the heart has also come to light, making me a “rare” case. Patients living into adulthood and their doctors now face the unknown. Stepping into the sixth decade of life, I realized that my heart will never be totally corrected. Hence, I will need life-long monitoring at a specialized health clinic. My advice to others like me is to contact specialized clinics and face the unknown together with the doctors. Public health has a very important role in helping such patients with much needed research.