Living with Other Types of Congenital Heart Defects, Jefferson 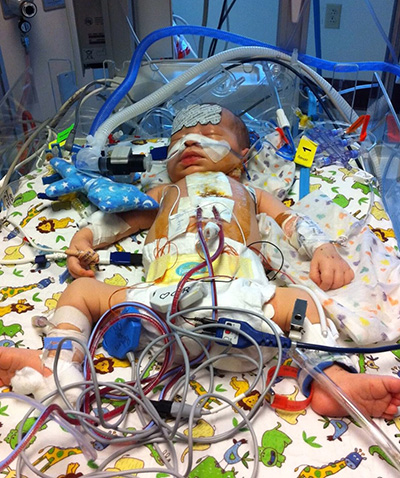 Jefferson was born with a congenital heart defect called “transposition of the great arteries.” His father, Joseph, recounts the story of Jefferson’s birth and early care. Read this story and Joseph’s advice for other dads below.

My son, Jefferson, was born blue. We didn’t know ahead of time that he had a heart defect, so we were quite surprised during delivery. As the medical team attended to him, I remember them saying, “there’s nothing we can do.” My stomach dropped. Then, they quickly decided he needed to be rushed to the local children’s hospital. It was quite a whirlwind. I had to leave my wife at the original hospital and go with my son to the children’s hospital, where doctors discovered he had a congenital heart defect called “transposition of the great arteries.” This means that his main arteries (aorta and pulmonary) leading out of his heart were switched, and he would need open-heart surgery to repair them.

Looking back, I think one of the hardest things I had to do at the time was to leave my wife at the hospital. She had some complications from delivery and had to stay there for a little while longer. Unfortunately, it was hard to even get updates on my wife’s condition, because I had bad cell phone reception where I was waiting at the children’s hospital. Honestly, I felt really guilty for not being able to support my wife during this time. I’m grateful her sister was there to stay with her and comfort her. Eventually I came to realize that the best way to be there for my wife was to be there for our son. I didn’t leave Jefferson’s side for the first five days of his life, and I think that helped give her some peace of mind. 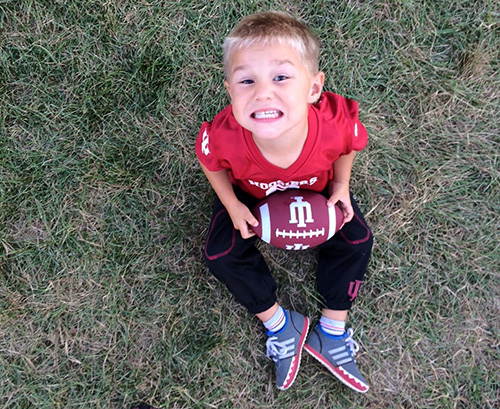 Another challenge for me was having to relay everything the doctors were telling me about Jefferson’s condition back to my wife. I was a college football coach. I didn’t speak the medical language. At times, I didn’t always feel valued as the father, because the medical team always wanted to speak to the mother. If I could give advice to other dads who are in the same position, I would say to be persistent. Keep asking questions, especially when you feel like you aren’t getting all the information. Another bit of advice is to take care of yourself. Remember to eat. Remember to sleep. You need to be at your best to be the best for your child.

Jefferson had one open-heart surgery four weeks after he was born, and he’s been doing well ever since. He’s such a light in our lives. He’s positive, always smiling, and just lights up a room.