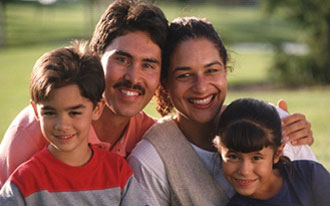 Main Finding from this Study

Parent-reported data have been used to monitor the number of children who have Attention-Deficit/ Hyperactivity Disorder (ADHD). However, there is limited evidence about how valid these reports are as an indicator of a medical diagnosis. This study compared the estimated percentage of children medically diagnosed with ADHD as reported by parents on a national survey to the percentage from a recent study that used administrative data from medical records of a large health plan in California. When the percentage of children was estimated using samples with similar characteristics, the parent-reported ADHD estimate was similar to the ADHD estimate calculated from health plan medical records. This suggests that the efficient method of monitoring diagnosed childhood ADHD through parent-report may be a valid method of monitoring diagnosed ADHD in the community. Gathering accurate data on ADHD is a CDC priority and work towards understanding these parent-reported data continues.

What was the goal of the study?

What were the study results?

CDC also conducts community-based studies to better understand the impact of ADHD. The Project to Learn about ADHD in Youth (PLAY) study methods have been implemented in four community sites. Information from the PLAY study helps us better understand ADHD as well as the needs of children and families living with ADHD.

CDC supports the National Resource Center on ADHD, a program of Children and Adults with Attention-Deficit/Hyperactivity Disorder (CHADD), which is a Public Health Practice and Resource Center. Their web site (http://www.help4adhd.org/NRC.aspx) has links to information based on the current best medical evidence about the care for people with ADHD and their families. The National Resource Center operates a call center with trained, bilingual staff to answer questions about ADHD. Their phone number is 1-800-233-4050.

To learn more about ADHD and CDC’s work in the area of ADHD, please visit https://www.cdc.gov/ncbddd/adhd