How would you address CAM in your practice?

The National Center for Complementary and Alternative Medicine (NCCAM), part of the National Institutes of Health, defines CAM as “a group of diverse medical and health care systems, practices, and products that are not presently considered to be part of conventional Western medicine.” Complementary therapies are used in addition to conventional, Western medical practices, while alternative therapies replace them.

Surveys estimate that among children with chronic diseases and disabilities, 70% have used CAM, and among these, children with autism spectrum disorder (ASD) are one of eight subgroups reporting the most use of CAM.

Generally, people use CAM for a multitude of reasons, including:

How would you respond to the mother’s concerns about disclosing that she already started giving Kofi vitamin supplements?

First, provide enthusiastic, positive reinforcement about her disclosure to create an atmosphere in which she will be comfortable being completely open with you about her use of CAM therapies. Convey that you wish to partner with her to help her navigate through the information to make a well-informed decision about what is best for Kofi and for the family.

Emphasize that you wish to help her keep Kofi and the whole family as safe, healthy, and happy as possible, and you will not judge her decisions or values. To do this, it is critical for you to know everything he takes, including prescription medications, over-the-counter medications, dietary supplements, vitamins, and any other preparations such as teas, aromatherapy, or hands-on therapies (such as acupuncture, massage, or music therapy). 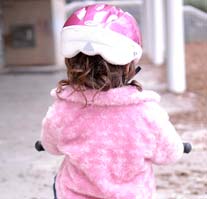 Many parents may not realize the importance of this disclosure because they do not realize that “natural” substances can be harmful or that teas and supplements can have interactions with each other, with foods, and with medications.

Parents also may not realize that vitamins and foods are not subject to the same stringent regulations as medications, so there can be impurities and inconsistency in dosage. Furthermore, vitamins and dietary supplements do not undergo the same pre-market testing for adverse reactions that prescription medicines must.

How would you address questions about selecting or recommending CAM?

When treating a child with ASD for whom CAM therapies make up part of the treatment regimen, it may be helpful to maintain a list of reported treatments, dates or doses/frequency, and either observed or reported effects.

It is most critical to communicate that some therapies are potentially dangerous.

Other therapies in the early stages of research show promise and are expensive and unproven.

Dietary modification is a popular and longstanding CAM therapy for ASD that involves significant lifestyle change and may lead to nutritional deficiencies if not conducted properly.

While some parents place their children on such diets and report subsequent improvements in their children’s social behaviors, many children have no response whatsoever, and scientific evidence has not been established.

Some dietary treatments have been developed by reliable therapists, but many of these treatments do not have the scientific support needed for widespread recommendation. An unproven treatment might help one child, but may not help another. Many biomedical interventions call for changes in diet. Such changes include removing certain types of foods from a child’s diet and using vitamin or mineral supplements. Dietary treatments are based on the idea that food allergies or lack of vitamins and minerals cause symptoms of ASD.

The Feingold Diet, popular in the 1970s, entails eliminating artificial food additives and naturally occurring salicylates. Also in the 1970s, protein malabsorption theories became the basis for the gluten-free, casein-free (GFCF) diet, suggesting that malabsorption of these proteins led to inflammation and absorption through the “leaky-gut,” followed by opioid-like neurotransmitter release into the central nervous system that led to behaviors typical of ASD. These theories are based, in part, on the presence of increased peptides in the urine of children with ASD.

It is important to teach parents how to distinguish valid scientific evidence from information presented as evidence but achieved through less rigorous methods.

In 1999, several double-blinded, placebo-controlled studies failed to show a significant difference between patients with autism treated with the pig-derived neuropeptide secretin and those given a placebo. These studies came after a media frenzy and development of a black market for secretin, based on three case reports citing incidental improvement in symptoms of autism after receiving secretin for a gastrointestinal procedure.

In February 2010, a paper published that reported unusual gastrointestinal symptoms in children with autism was retracted based on ethics violations. In discussing this paper at a press conference after publication in 1998, the lead author, Andrew Wakefield, linked the reported findings to the MMR vaccination. This supposition spawned a large international anti-vaccination movement. Wakefield’s reported results have not been replicated by other investigators, despite several attempts.

Although some CAM treatments are unproven because they do not work, there may be others that work, but are difficult to prove through high-quality (controlled, blinded, replicable), peer-reviewed research. Several CAM therapies (probiotics, massage therapy, guided imagery, mindfulness-based meditation, acupuncture) have entered the realm of “conventional” treatments for diseases other than autism based on convincing, replicable evidence. Explaining this to parents may build trust in the physician’s objectivity toward the issue of CAM.

How would you respond to the mother’s interest in melatonin? 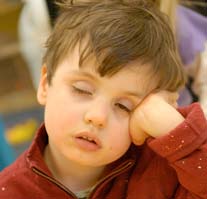 A major issue Kofi’s mother mentions is sleep problems. Many families with children with developmental disabilities and sleep problems give their children synthetic melatonin to help them sleep. It is considered a relatively safe CAM treatment.Melatonin is an endogenous substance produced by the pineal gland that helps regulate the sleep-wake cycle. Synthetic melatonin has been shown to be effective in children with neurodevelopmental disabilities in helping with sleep onset and maintenance. It is available as a controlled-release tablet.

In addition to telling Kofi’s mother that you would support her decision if she were to try melatonin, discuss the importance of adding one new treatment at a time to monitor for adverse or positive effects, which should be done in an organized fashion so that ineffective therapies can be stopped.

It is also important to discuss what parameters you will use to see if this treatment is effective for treating Kofi’s sleep disturbance. In this case, you could decide together that after one week you will follow-up with Kofi’s mother over the phone and discuss whether Kofi is falling asleep faster or having fewer night awakenings since starting the melatonin.

At this point, treatment of Kofi’s behavioral problems is beyond the scope of a PCP. Kofi needs an evaluation by a specialist who can provide expertise in the management of maladaptive behaviors in a child with ASD and recommend treatments. As Kofi’s PCP; however, you should remain the central figure who coordinates and advocates for Kofi’s health. Kofi’s mother has clearly identified you as someone she trusts and looks to first for professional advice in her decisions about Kofi’s care. This relationship cannot be emphasized enough in its importance for treatment compliance and monitoring.