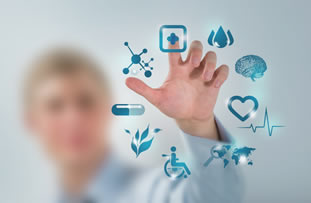 “Tennessee was one of the original beta testers of the National Electronic Disease Surveillance System Base System (NBS) back in 2004. Since then, we have used NBS as our integrated disease surveillance system, supporting surveillance activities for the following:

In 2009, Tennessee was faced with finding an alternative surveillance solution for TB due to the retirement of CDC’s Tuberculosis Information Management System (TIMS). We were able to leverage our existing NBS infrastructure to support TB surveillance, minimizing the cost of starting up a new system.

This was our first opportunity to use the new Page Builder functionality in NBS. Page Builder permits users, depending on role-based permissions, to develop and implement new condition-specific pages within NBS in a meta-data driven fashion. It also allows for the production of standardized case notification messages. User-developed pages can be shared among NBS jurisdictions for implementation, further supporting the concept of build once, use many and at no additional implementation cost. Not only has this functionality proven useful for building the pages needed for reportable conditions for Tennessee and the other 21 NBS jurisdictions, it also has proven extremely effective at implementing CDC Case Notification Message Mapping Guides (MMGs) among the jurisdictions.

According to Tennessee’s TB epidemiologist and program manager Jason Cummins, ‘The TB Program Area Module has allowed for an easy, standardized method for collecting TB surveillance data in Tennessee that is able to be viewed by all TB staff across the state. Staff members find data entry and reporting to be more streamlined, and they have had nothing but positive feedback as they transitioned to NBS.’

The migration from TIMS to NBS represents just one of the many cost-saving opportunities we have had with surveillance activities by using NBS. In addition to TB, we were able to leverage NBS for arboviral surveillance, TB infection, and carbon monoxide poisoning. These are situations where we were able to either migrate old systems or implement new surveillance initiatives without contracts or additional funds being spent.

Probably one of the best features of NBS is the NBS User Group (NUG). NUG represents all jurisdictions using NBS and its stakeholders and is a very active collaboration. Over time this group has come together to ensure that beta testing of NBS releases is covered, resolve problems with electronic laboratory result processing and routinely share solutions, provide technical assistance to other jurisdictions, and collaborate on the design of disease-specific pages such as for TB infection. The NUG also identifies user priorities for the system annually and participates in the governance of the application and its future course. Being a part of this user group is invaluable.