Deployment of NBS Saves Louisiana Department of Health $200,000 a year and Enhances Their Infectious Disease Surveillance 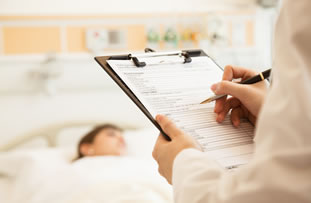 Despite having a unique public health infrastructure with nine public health regions, a mostly centralized system, and a majority of reportable diseases reported manually by external facilities into a web-based program, Louisiana has found that NBS functionalities are capable of meeting our state’s workflow and surveillance needs by using a complex setup of permission sets and creative mapping of default laboratory tests.

NBS is the first web-based application used in Louisiana that contains the functionality to import investigation data from a legacy surveillance system without requiring a technical support contract. IDEpi staff to date have been able to recode, convert, and import into NBS more than 92,000 hepatitis (acute and chronic/past or present) case records by using the Public Health Case Report (PHCR) XML format acceptable to NBS.

Implementation of NBS has given Louisiana greater control over the database and allowed easier exporting of and reporting on infectious disease surveillance data. We have been able to create database views to provide program area epidemiologists data access for analysis and quality control. Data extraction from the database has also facilitated transmission of disease-specific variables to CDC program areas for diseases that currently have no MMG.

Finally, the NBS community has been a great support mechanism since the implementation of NBS. With 22 jurisdictions using NBS, we can share disease-specific investigation pages and general troubleshooting support. Regular conference calls also keep the NBS community connected and allow for sharing ideas on how to improve and advance the system’s capabilities and fully take advantage of existing functionalities.”