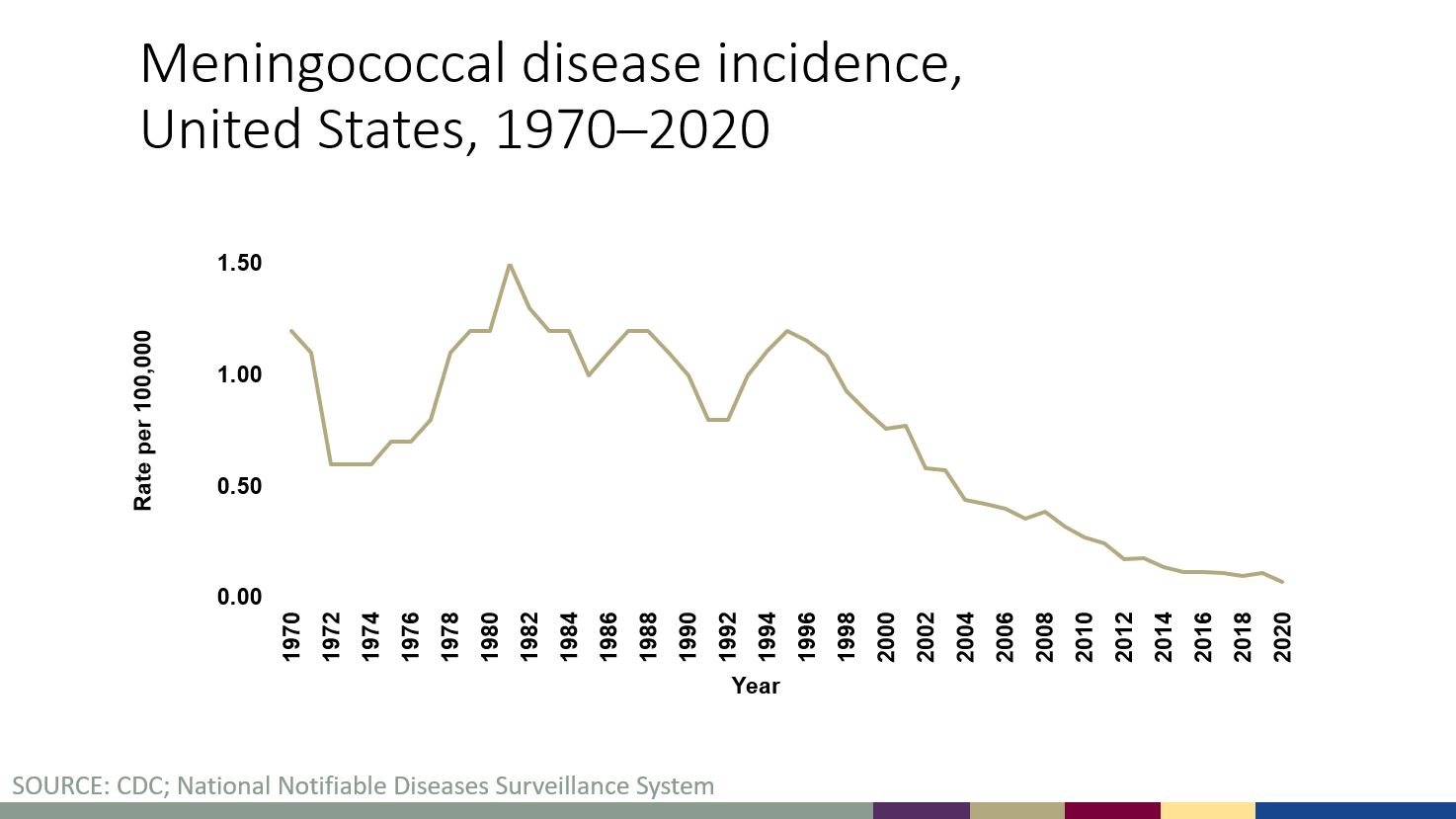 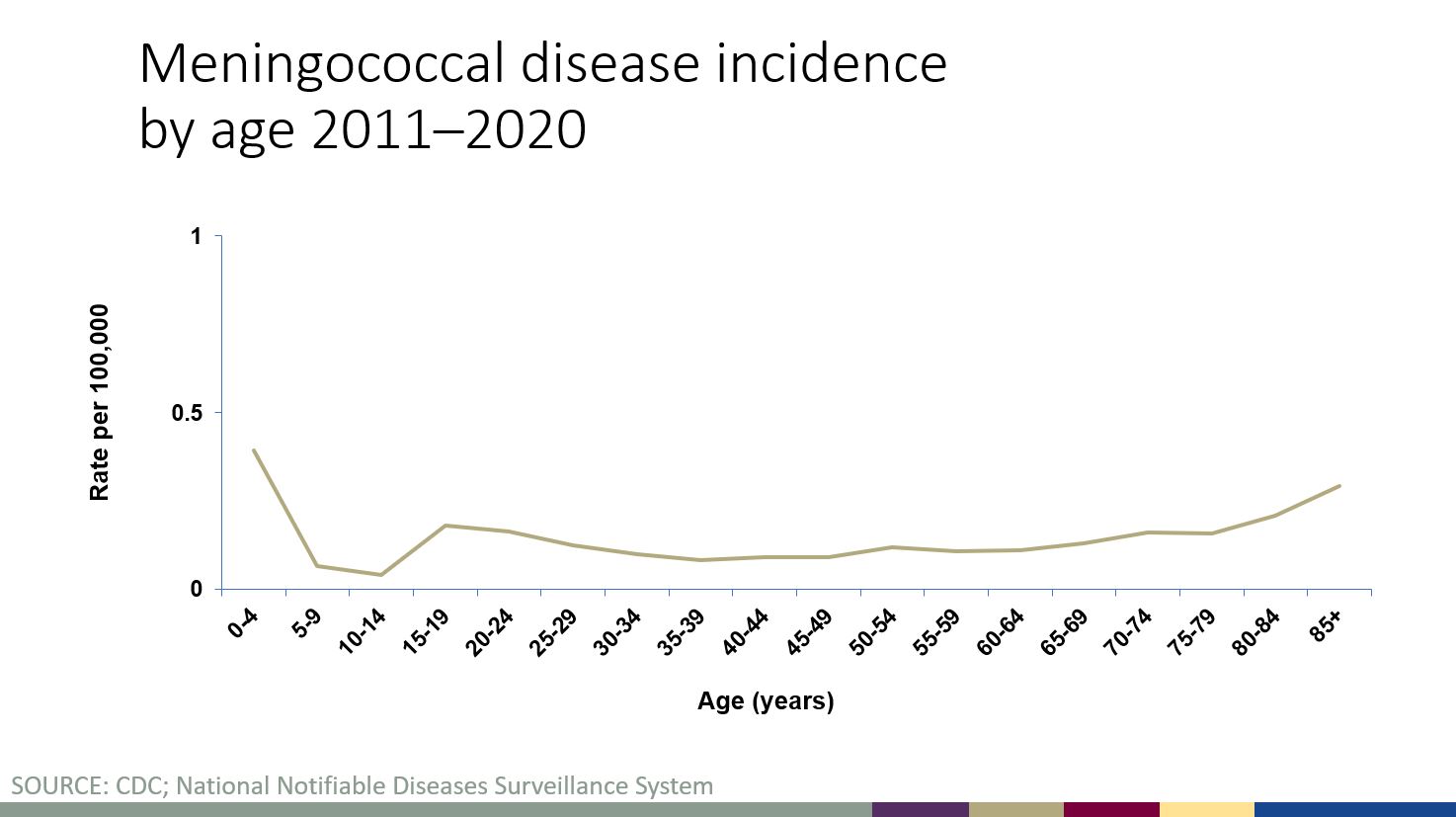 Clinical features include fever, headache, and stiff neck in meningococcal meningitis cases, and sepsis and rash in meningococcemia.

There are multiple serogroups of Neisseria meningitidis. Serogroups B, C, and Y cause the majority of disease in the United States. Serogroup W and nongroupable strains cause a small portion of disease.

Because of the risks of severe morbidity and death, effective antibiotics should be administered promptly to patients suspected of having meningococcal disease. Empirical therapy for suspected meningococcal disease should include an extended-spectrum cephalosporin, such as cefotaxime or ceftriaxone. Once the microbiologic diagnosis is established, definitive treatment with penicillin G, ampicillin, or an extended-spectrum cephalosporin (cefotaxime or ceftriaxone) is recommended. [19] However, due to recent reports of β-lactamase-producing N. meningitidis serogroup Y cases in the United States, healthcare providers should ascertain susceptibility of meningococcal isolates to penicillin before using penicillin or ampicillin for treatment.

About 10 to 15 in 100 people infected with meningococcal disease will die. Up to 1 in 5 survivors will have long-term disabilities, such as

Household or close contacts of case patients are at the highest risk for developing meningococcal disease. Infants less than one year old and adolescents 16 through 23 years old have higher rates of disease than other age groups. However, cases occur in all age groups, including the elderly.

The following groups of people also have an increased risk for meningococcal disease:

Learn about CDC’s meningococcal vaccination recommendations, including those for groups at increased risk.

CDC also recommends chemoprophylaxis for close contacts of patients with meningococcal disease, regardless of immunization status. See the “Chemoprophylaxis” section of the meningococcal chapter of the Manual for the Surveillance of Vaccine-Preventable Diseases for additional guidance.

Due to recent reports of ciprofloxacin-resistant, β-lactamase-producing N. meningitidis serogroup Y cases in the United States, clinicians and public health staff should consider antimicrobial susceptibility testing on meningococcal isolates to inform prophylaxis decisions if their state has reported a case of meningococcal disease caused by ciprofloxacin-resistant strains within the past 2 years.