Primary amebic meningoencephalitis (PAM) is a rare brain infection that is usually fatal and caused by Naegleria fowleri. Naegleria fowleri is a free-living ameba* (a single-celled living organism that is too small to be seen without a microscope.)  From 1962–2019, 148 U.S. infections have been reported to CDC with no more than 8 cases reported each year.

Sources of Infection and Risk Factors

Naegleria fowleri does not live in salt water, like the ocean.

In the United States, most infections have been linked to swimming in southern states, like Florida and Texas.3 In very rare instances, Naegleria infections may also occur when contaminated water from other sources enters the nose. For example, when people submerge their heads or cleanse their noses during religious practices.4, 5 People have also become infected after irrigating their sinuses (nose) using contaminated tap water.6

Naegleria fowleri infects people by entering the body through the nose, usually while swimming. The ameba travels up the nose to the brain where it destroys the brain tissue.

After the start of symptoms, the disease progresses rapidly and usually causes death within about 5 days.

The early symptoms of PAM are similar to other more common illnesses, such as bacterial or viral meningitis. PAM is difficult to diagnose because of the rarity of the infection and the non-specific early symptoms. Doctors diagnose PAM using specific laboratory tests that are only available in a few U.S. laboratories. People should seek medical care immediately if they suddenly develop a fever, headache, and stiff neck, and start vomiting. This is especially true if they have been in warm freshwater recently.

Several drugs are effective against Naegleria fowleri in the laboratory. However, their effectiveness is unclear since almost all infections have been fatal, even when people were treated. In the 10 years from 2009 to 2019, 34 infections were reported in the United States and there were 3 survivors.

Personal actions to reduce the risk of Naegleria fowleri infection should focus on limiting the amount of water going up the nose.

Please visit the following pages for information on lowering your risk of infection in specific situations: 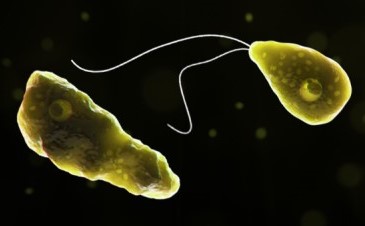