ACEs can include experiencing abuse, witnessing violence or substance misuse in the home, and having a parent in jail. Exposure to ACEs can result in extreme or repetitive toxic stress responses that can cause both immediate and long-term physical and emotional harms.

At least five of the top 10 leading causes of death are associated with ACEs. Preventing ACEs could potentially reduce chronic diseases, risky health behaviors, and socioeconomic challenges later in life.

These findings appear in CDC’s latest Vital Signs report, which examines the associations between ACEs and 14 negative outcomes. CDC analyzed data from 25 states that included ACE questions in the Behavior Risk Factor Surveillance System (BRFSS) from 2015 through 2017. State survey data were used to estimate long-term health and social outcomes in adults that contribute to leading causes of illness and death and reduced access to life opportunities.

“We now know that adverse childhood experiences have a significant impact on an individual’s future health,” said CDC Director Robert R. Redfield, M.D. “Preventing traumatic experiences in childhood and initiating key interventions when they do occur will lessen long-term health consequences and benefit the physical and emotional well-being of individuals into adulthood.”

ACEs are common and their impacts add up over time

CDC scientists analyzed data from more than 144,000 adults and found: 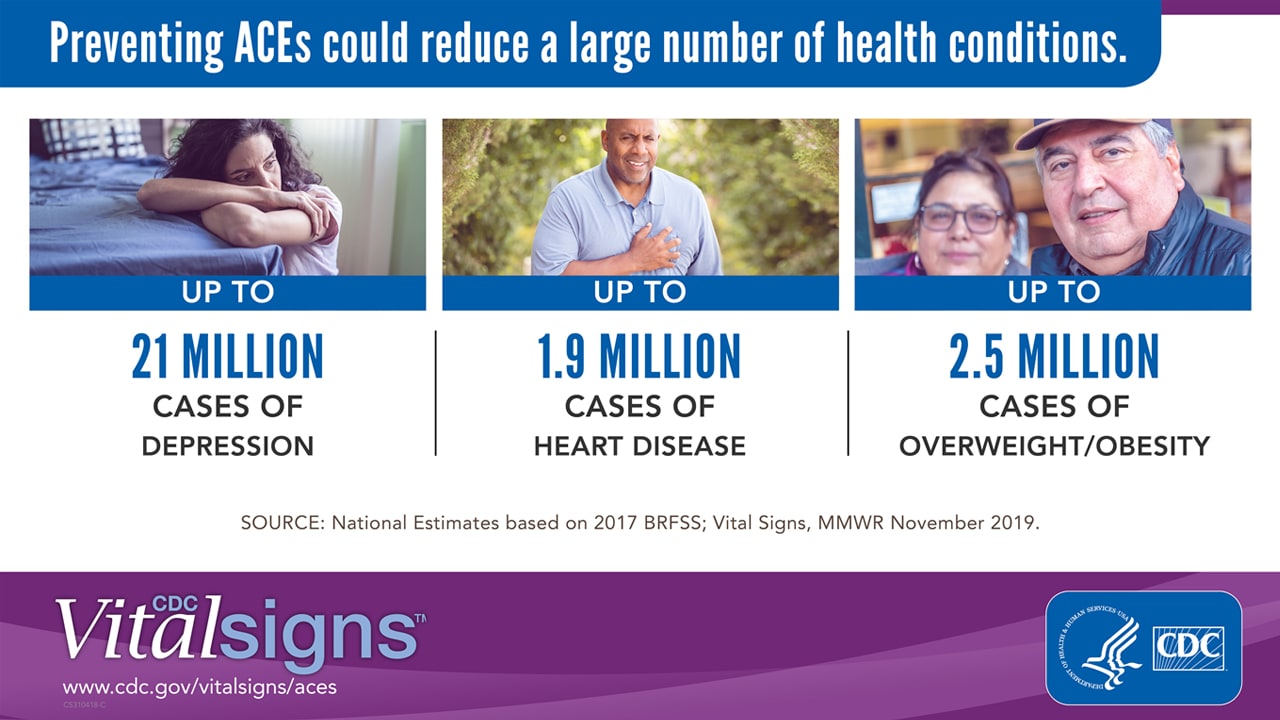 CDC is working to understand and prevent ACEs

CDC works to prevent ACEs and lessen their negative effects. These efforts include:

What can everyone do to help prevent ACEs?