During binges, U.S. adults have 17 billion drinks a year 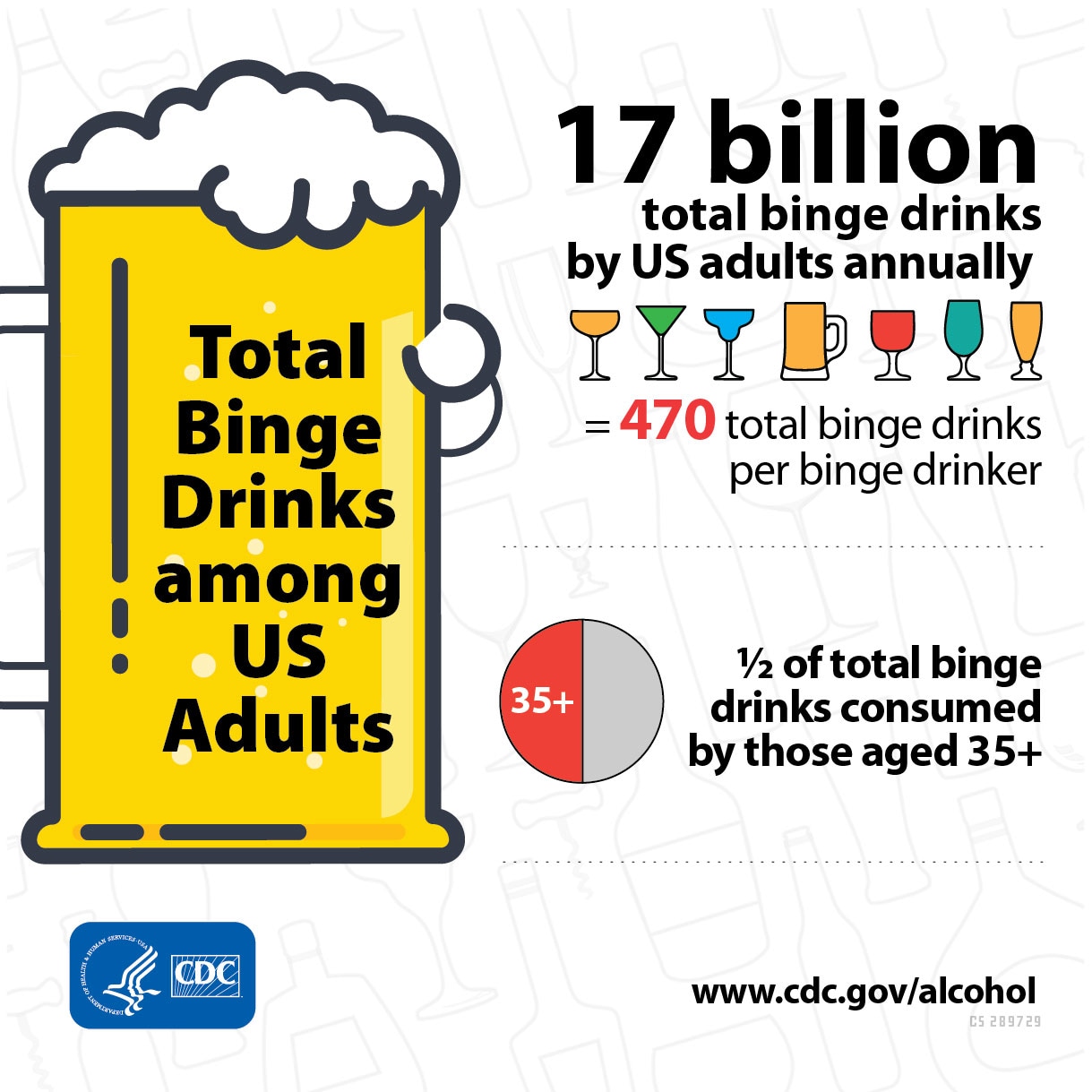 U.S. adults consumed more than 17 billion binge drinks in 2015, or about 470 binge drinks per binge drinker, according to a first-of-its-kind study released by the Centers for Disease Control and Prevention (CDC). The study appears in the American Journal of Preventive Medicineexternal icon.

“This study shows that binge drinkers are consuming a huge number of drinks per year, greatly increasing their chances of harming themselves and others,” said study co-author Robert Brewer, M.D., M.S.P.H., lead researcher in CDC’s alcohol program. “The findings also show the importance of taking a comprehensive approach to prevent binge drinking, focusing on reducing both the number of times people binge drink and the amount they drink when they binge.”

For this report, CDC scientists analyzed data on self-reported binge drinking during the past 30 days from CDC’s 2015 Behavioral Risk Factor Surveillance System (BRFSS). Total annual binge drinks was calculated by multiplying the estimated total number of binge drinking episodes among binge drinkers by the average largest number of drinks consumed per episode, and was assessed by age, sex, education, race/ethnicity, household income, and state.

New insights on binge drinking reported in the study include:

Binge drinking can result in dangerous driving, risky sexual behavior, and violent behavior. Over time, binge drinking also increases the risk of serious health problems such as cancer, heart disease, and liver failure. Annually, binge drinking is responsible for more than half of the 88,000 alcohol-attributable deaths and three-quarters of the $249 billion in economic costs associated with excessive drinking in the United States.

How to reduce binge drinking

The U.S. Dietary Guidelines for Americans recommends that if alcohol is consumed, it should be consumed in moderation — up to one drink per day for women and up to two drinks per day for men — and only by adults of legal drinking age.

For more information on excessive alcohol use: www.cdc.gov/alcohol.