One in four U.S. middle and high school students say they’ve been exposed to secondhand aerosol from e-cigarettes

U.S. Surgeon General has concluded that e-cigarette aerosol is not harmless 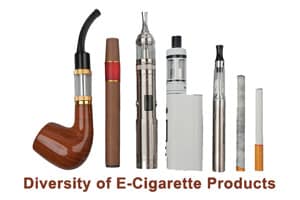 About one in four U.S. middle and high school students— nearly 6.5 million youths —report being exposed to secondhand aerosol from e-cigarettes at least once within the past 30 days, according to data from the Centers for Disease Control and Prevention (CDC). This includes about 4.4 million students who are not current e-cigarette users, and more than 1 million students who are not exposed to secondhand smoke from combustible tobacco products like cigarettes, cigars, and hookahs. The U.S. Surgeon General has concluded that e-cigarette aerosol can contain harmful and potentially harmful substances, including nicotine. E-cigarettes can also be used to aerosolize marijuana and other illicit drugs.

The data, the first to document the extent of secondhand aerosol exposure among the nation’s youth, comes from the 2015 National Youth Tobacco Survey (NYTS) and are published today in JAMA Pediatrics.

“We know that secondhand e-cigarette aerosol is not harmless,” said Brian King, Ph.D., M.P.H., deputy director for research translation in CDC’s Office on Smoking and Health and a co-author of the study. “It’s critical to protect our nation’s youth from this preventable health risk.”

Findings from the study

Overall, exposure to secondhand aerosol from e-cigarettes in an indoor or outdoor place was reported by 24.2 percent of students. By subgroups, exposure was:

To protect the public, both youth and adults, from both secondhand smoke and secondhand aerosol, states and communities can consider modernizing smoke-free air policies to include e-cigarettes. As of January 2017, eight states (California, Delaware, Hawaii, Maine, New Jersey, North Dakota, Oregon, and Vermont) and more than 500 communities have adopted comprehensive smoke-free laws that prohibit both tobacco smoking and e-cigarette use in indoor areas of workplaces, restaurants, and bars.

“To protect youth from both secondhand smoke and secondhand aerosol, smoke-free policies can be modernized to include e-cigarettes.” said Teresa Wang, Ph.D., Epidemic Intelligence Service Officer and lead author of the study. “These policies can maintain current standards for clean indoor air, reduce the potential for renormalizing tobacco product use, and prevent involuntary exposure to nicotine and other emissions from e-cigarettes.”

Additional resources for educating parents, youths, and caregivers about secondhand e-cigarette aerosol can be found at https://e-cigarettes.surgeongeneral.gov. To learn more about quitting and preventing children from using tobacco, visit www.BeTobaccoFree.gov.