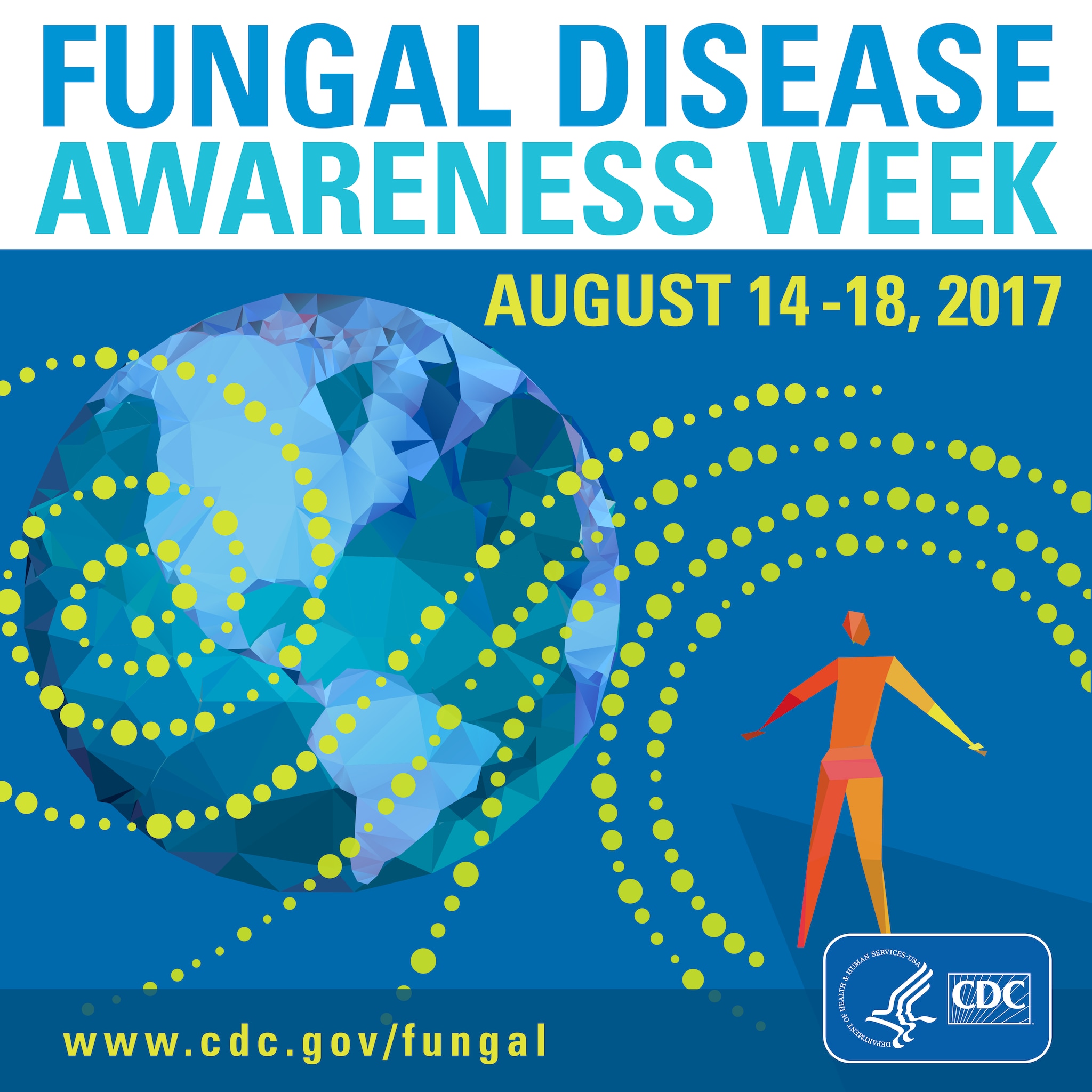 CDC organized the first Fungal Disease Awareness Week to highlight the importance of recognizing serious fungal diseases early enough to provide life-saving treatment. Fungal diseases are often caused by breathing in very small fungi from the environment or by touching fungi on surfaces. Considering fungal diseases when diagnosing an infection is one of the most important ways to reduce delays in diagnosis and treatment of potentially life-threatening infections, which can save lives.

The week is an opportunity for partners to get people with infections to “Think Fungus” if their symptoms are not getting better with treatment and to talk to their doctor about the possibility of a fungal infection. Doctors are encouraged to “Think Fungus” if patients have symptoms that are not improving with treatment, particularly patients with weakened immune systems.

Fungal diseases can cause serious illnesses and death, yet often go undiagnosed because their symptoms look like those of other diseases. For instance, Valley fever is an inhaled fungal disease that is often misdiagnosed as bacterial pneumonia, resulting in the wrong treatment and putting patients at risk of antibiotic-resistant infections.

People most commonly affected by serious fungal diseases include those with cancer, HIV/AIDS, organ or stem cell transplants, people in hospitals, and people taking medicines that weaken the immune system. People with weakened immune systems are more likely to get serious fungal infections in the lungs, blood, and brain.

Information and resources about Fungal Disease Awareness Week can be found at https://www.cdc.gov/fungal/awareness-week.html.