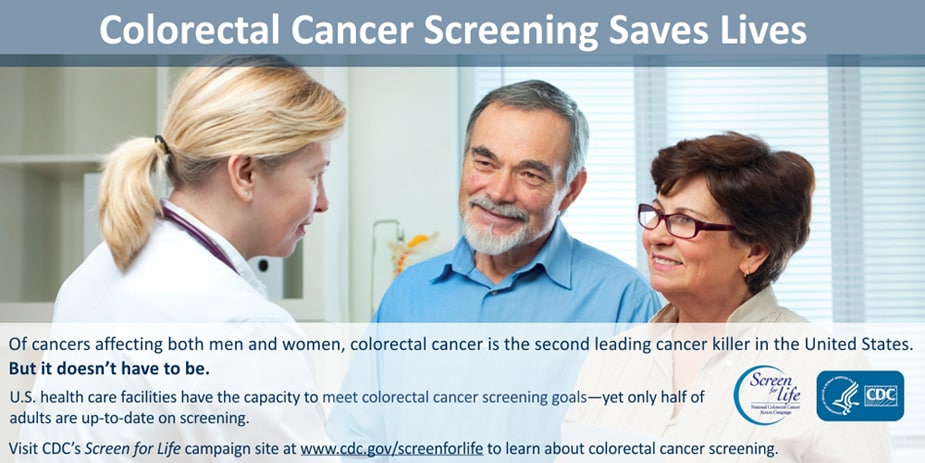 US government agencies and their colorectal cancer prevention partners have set a goal that at least 80% of adults ages 50-75 will be screened for colorectal cancer.  A recently published study conducted by researchers at the Centers for Disease Control and Prevention (CDC) shows that the U.S. healthcare system has the capacity to make this goal a reality.

To determine if the U.S. could expand its screening capacity, CDC researchers used mathematical modeling to estimate the number of colonoscopies or fecal immunochemical tests (FIT) that would be necessary every year to screen for colorectal cancer for 80 percent of adults in the recommended age group. They found that 5.1 million to 13 million colonoscopies would need to be conducted per year, depending on which screening test was first used.

“Colorectal cancer is the second leading cancer killer for men and women in the U.S., but it doesn’t have to be,” says Djenaba Joseph, MD, MPH, medical director of the colorectal cancer control program at CDC and lead author of the paper. “Screening saves lives. The good news is that our modeling shows that the U.S. healthcare system has the potential to meet our national goal of screening 80 percent of adults ages 50-75.  Ask your doctor about screening – there are several options now.”

The U.S. Preventive Services Task Force (USPSTF) recently reinforced its recommendations that adults ages 50-75 be screened for colorectal cancer.  This recommendation continues to receive USPSTF’s highest rating—an “A” grade, indicating that the evidence is convincing that screening for colorectal cancer has substantial benefits. But only a little more than half of the target population is up-to-date with screening

CDC’s Screen for Life campaign has free resources to promote screening available in English and in Spanish at http://www.cdc.gov/cancer/colorectal/sfl.