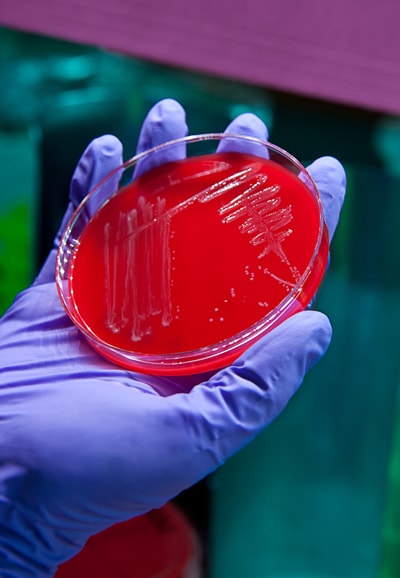 A pure culture of the bacteria that made someone sick.

Changes in the tests that diagnose foodborne illness are helping identify infections faster but could soon pose challenges to finding outbreaks and monitoring progress toward preventing foodborne disease, according to a report published today in CDC’s Morbidity and Mortality Week Report.

Culture-independent diagnostic tests (CIDTs) help doctors diagnose infections quickly because they provide results in hours instead of the days needed for traditional culture methods, which require growing bacteria to determine the cause of illness. But without a bacterial culture, public health officials cannot get the detailed information about the bacteria needed to help find outbreaks, check for antibiotic resistance, and track foodborne disease trends.

“Foodborne infections continue to be an important public health problem in the United States,” said Robert Tauxe, M.D., M.P.H, director of CDC’s Division of Foodborne, Waterborne and Environmental Diseases. “We are working with partners to make sure we still get important information about harmful bacteria despite the increasing use of diagnostic tests that don’t require a culture.”

The increased use of CIDT could affect public health officials’ ability to monitor trends and detect outbreaks. In the short term, clinical laboratories should work with their public health laboratories to make sure a culture is done whenever a CIDT indicates that someone with diarrheal illness has a bacterial infection. For a long-term solution, CDC is working with partners to develop advanced testing methods that, without culture, will give health care providers information to diagnose illness and also give the detailed information that public health officials need to detect and investigate outbreaks.

The report included the most recent data from CDC’s Foodborne Diseases Active Surveillance Network, or FoodNet. It summarizes preliminary 2015 data on nine germs spread commonly through food. Overall, progress in reducing rates of foodborne illnesses has been limited since 2012, according to the report. The most frequent causes of infection in 2015 were Salmonella and Campylobacter, which is consistent with previous years.

Other key findings from the FoodNet report include:

FoodNet has been monitoring illness trends since 1996. FoodNet provides a foundation for food safety policy and prevention efforts because surveillance data can tell us where prevention efforts are needed to reduce foodborne illnesses.

CDC is working with federal, state, and local partners, and the food industry to improve food safety. New regulations and continuing industry efforts are focusing on challenging areas. USDA has made improvements in its poultry inspection and testing models and has tightened standards for both Salmonella and Campylobacter in poultry.

“In 2013, we launched a series of targeted efforts to address Salmonella in meat and poultry products, known as the Salmonella Action Plan, and recent data show that since then the incidence of Salmonella Typhimurium infection has dropped by 15 percent,” said USDA Deputy Undersecretary for Food Safety, Al Almanza. “However our work is not done. The newly published performance standards for poultry parts will lead to further Salmonella reductions and fewer foodborne illnesses.”

In 2015, FDA published new rules to improve the safety of the food supply including produce, processed foods, and imported foods.

Dr. Kathleen Gensheimer, MD, MPH, director of the FDA’s Coordinated Outbreak Response and Evaluation team and Chief Medical Officer, Foods and Veterinary Medicine Program, said, “We want to respond quickly to foodborne illness, but our true goal is to move forward with preventive measures that will be implemented from farm to table. In addition to collaboration with other government agencies at the local, state and federal level, the rules we are implementing under the FDA Food Safety Modernization Act will help the food industry minimize the risk of contamination to our food supply.”

FoodNet collects information to track rates and determine trends in laboratory-confirmed illnesses caused by nine germs transmitted commonly by food: Campylobacter, Cryptosporidium, Cyclospora, Listeria, Salmonella, Shiga toxin-producing O157 and non-O157, Shigella, Vibrio, and Yersinia. Annual data are compared with data from the previous three years (2012-2014). Since 2010, FoodNet has been tracking the increasing use of CIDTs used by clinical laboratories for diagnosis of bacterial enteric infection.

FoodNet is a collaboration among CDC, 10 state health departments, the USDA’s Food Safety and Inspection Service, and the FDA. FoodNet covers 48 million people, encompassing about 15 percent of the United States population. The sites are the states of Connecticut, Georgia, Maryland, Minnesota, New Mexico, Oregon, and Tennessee, and selected counties in California, Colorado, and New York.