More than 100,000 of these infections developed among residents of U.S. nursing homes 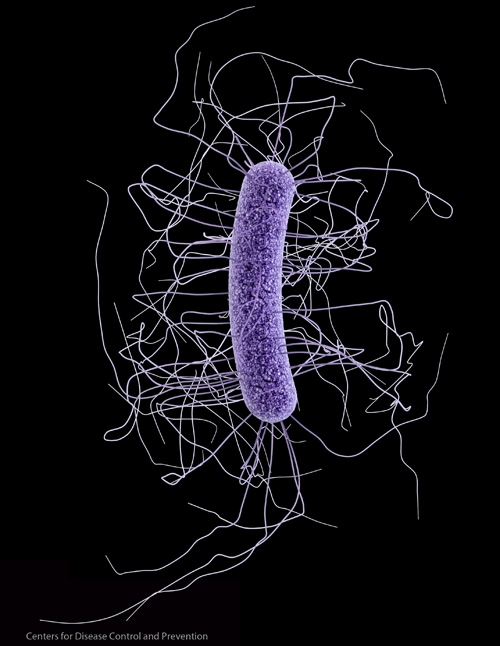 Clostridium difficile (C. difficile) caused almost half a million infections among patients in the United States in a single year, according to a study released today by the Centers for Disease Control and Prevention (CDC).

Approximately 29,000 patients died within 30 days of the initial diagnosis of C. difficile.  Of those, about 15,000 deaths were estimated to be directly attributable to C. difficile infections, making C. difficile a very important cause of infectious disease death in the United States.  More than 80 percent of the deaths associated with C. difficile occurred among Americans aged 65 years or older. C. difficile causes an inflammation of the colon and deadly diarrhea.

“C. difficile infections cause immense suffering and death for thousands of Americans each year,” said CDC Director Tom Frieden, M.D., M.P.H.  “These infections can be prevented by improving antibiotic prescribing and by improving infection control in the health care system. CDC hopes to ramp up prevention of this deadly infection by supporting State Antibiotic Resistance Prevention Programs in all 50 states.”

Patients who take antibiotics are most at risk for developing C. difficile infections. More than half of all hospitalized patients will get an antibiotic at some point during their hospital stay, but studies have shown that 30 percent to 50 percent of antibiotics prescribed in hospitals are unnecessary or incorrect.  When a person takes broad-spectrum antibiotics, beneficial bacteria that are normally present in the human gut and protect against infection can be suppressed for several weeks to months. During this time, patients can get sick from C. difficile picked up from contaminated surfaces or spread person to person. Unnecessary antibiotic use and poor infection control may increase the spread of C. difficile within a facility and from facility to facility when infected patients transfer, such as from a hospital to a nursing home.

Although more than 150,000 of the half a million infections in the new study were community-associated and thus had no documented inpatient health care exposure, a separate recent CDC study found that 82 percent of patients with community-associated C. difficile infections reported exposure to outpatient health care settings such as doctor’s or dentist’s offices in the 12 weeks before  their diagnosis; this finding underscores the need for improved antibiotic use and infection control in these settings as well.  It is estimated that more than 50 percent of antibiotics are prescribed unnecessarily in outpatient settings for upper respiratory infections like cough and cold illness, most of which are caused by viruses.

To help hospitals develop antibiotic prescribing improvement programs (also called “antibiotic stewardship” programs), CDC has developed several tools, including a list of Core Elements of Hospital Antibiotic Stewardship Programs and an accompanying checklist.  CDC is also working with states to improve outpatient prescribing and implement stewardship across the continuum of care and has provided a variety of resources through the Get Smart: Know When Antibiotics Work and Get Smart for Healthcare campaigns.

The Agency for Healthcare Research and Quality (AHRQ) has developed a toolkit to help hospitals implement antibiotic stewardship programs to reduce C. difficile infections. This toolkit was created as part of AHRQ’s Healthcare-Associated Infections Program, which conducts research and implementation projects to prevent HAIs. Preventing all forms of HAIs contributes to reducing C. difficile infections by reducing the need for antibiotic use.

“AHRQ’s HAI Program funds projects that generate new scientific knowledge and, like the work on C. difficile, make this knowledge practical and approachable so clinicians on the front lines of care can prevent infections and make care safer for their patients,”  said AHRQ Director Richard Kronick, Ph.D.

Based on the National Action Plan to Prevent Health Care-Associated Infections: Road Map to Elimination, new 2020 national reduction targets are being established for C. difficile, and all hospitals participating in the Centers for Medicare & Medicaid Services’ (CMS) Hospital Inpatient Quality Reporting Program have been reporting C. difficile infection data to CDC’s National Healthcare Safety Network since 2013.  Those baseline data will allow continued surveillance for C. difficile infections to monitor progress in prevention.

Note: The data reported are from 2011 and represent the largest, longitudinal, U.S. population-based surveillance for C. difficile infection to date, including laboratory-based surveillance across diverse U.S. geographic locations.