The Rapid Isolation and Treatment of Ebola (RITE) strategy is helping to end the Ebola epidemic in Liberia, according to new data reported in this week’s Morbidity and Mortality Weekly Report (MMWR).

The strategy—a rapid, coordinated response to Ebola cases in remote areas—is now being used in Sierra Leone and Guinea. 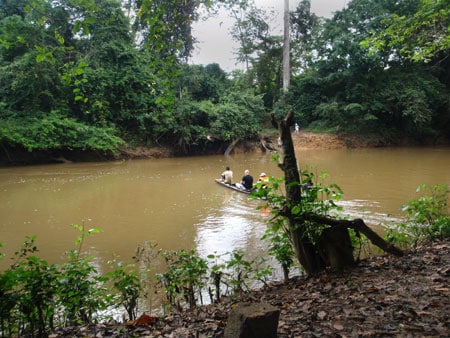 CDC RITE team members ride in a dugout canoe during their journey to Geleyansiesu, Liberia, a rural village with reported Ebola cases. 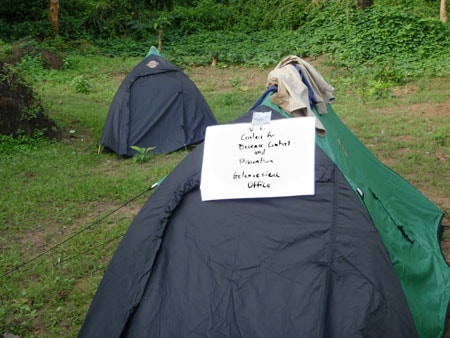 CDC RITE team members would camp in rural communities for several days during their outbreak investigation. This picture shows their office in the field.

“Whether it’s traveling by air, jeep, canoe, or walking many miles on foot to find every case of Ebola, the RITE teams are helping Liberia get closer to zero cases than ever before,” said CDC Director Tom Frieden, M.D., M.P.H. “It’s critical that we continue to support these teams – and to expand their work into Sierra Leone and Guinea to help to get the epidemic under control there as well.”

RITE was developed by the U.S. Centers for Disease Control and Prevention (CDC) and the Liberian Ministry of Health and Social Welfare. The strategy focuses on maintaining investigation- and response-ready health teams (RITE teams) poised to deploy to remote areas as soon as a report of a suspected Ebola case is received. The teams take the lead in coordinating the assistance from the central Ministry and international partners needed to plan, manage, and track a response effort. The teams have the expertise and basic supplies needed to:

Compared to six outbreaks in Liberia that began before RITE was implemented, six outbreaks after RITE lasted less than half as long, had a lower death rate, had shorter chains of transmission, and had nearly three times as many Ebola patients enter isolation and receive treatment.

The RITE strategy launched in early October 2014. By November, the strategy had expanded to include the packaging of “RITE kits” for rapid delivery to affected counties. These kits contain commodities essential for the first 14 days of response:  oral rehydration solution, antimalarial medication and antibiotics, personal protective equipment, and construction materials for building temporary isolation and treatment facilities.

There were striking differences: