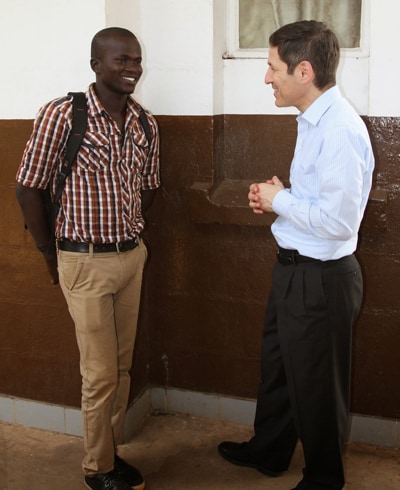 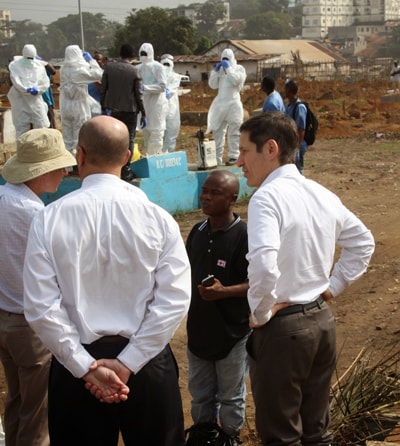 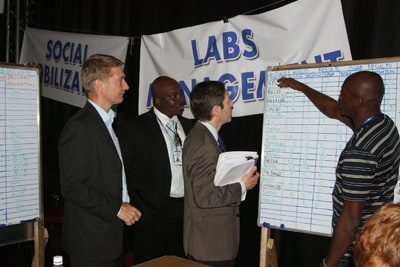 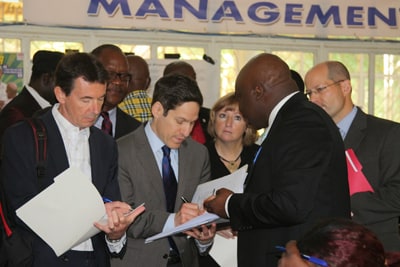 After more than a year of Ebola transmission in Guinea and more than 7 months of transmission in Liberia and Sierra Leone, there is still much to be done to stop the world’s first Ebola epidemic, CDC Director Tom Frieden, M.D., M.P.H reported from his second visit to the three affected nations.

Dr. Frieden yesterday returned from West Africa, where he spoke with patients and staff; met with many of CDC’s 170 staff working in each of the countries; and met with the presidents, health ministers, and Ebola leadership of each country. He described the situation as both inspiring and sobering.

“It is inspiring to see how much better the response has become in the past two months, how much international commitment there is, and, most importantly, how hard people from each of the three countries are working to stop Ebola,” Dr. Frieden said. “But it is sobering that Ebola continues to spread rapidly in Sierra Leone and that in parts of Monrovia and Conakry Ebola is spreading unabated. Improvements in contact tracing are urgently needed.”

At a telebriefing held to discuss the results of his trip to Guinea, Liberia, and Sierra Leone, Dr. Frieden described progress in some areas but continued growth in Ebola cases in other areas. Lingering unmet needs throughout the region continue to challenge response efforts.

“In Liberia, the outbreak has slowed dramatically and at the moment the country has the upper hand against the virus, in part due to improvements in access to Ebola Treatment Units and Community Care Centers, safe burials, and community engagement,” Dr. Frieden said. “But the outbreak continues to surge in Sierra Leone, and there has been a troubling spread in Guinea’s capitol city. We’ve got a long way to go and this is no time to relax our grip on the response.”

During his week in West Africa, Dr. Frieden witnessed the hard work and expertise of the more than150 CDC experts who are in the field each day, including running laboratories for Ebola testing, tracking cases and contacts, advising hospitals on infection control practices, training front-line health workers, and developing health messages to encourage changes in the type of behaviors contributing to virus spread.

The recent approval of $1.2 billion to strengthen international response and preparedness, as well as $571 million for domestic preparedness, is crucial to stop Ebola and improve the United States’ ability to quickly respond to health threats like Ebola in the future.