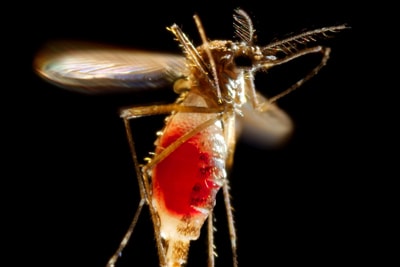 Seven months after the mosquito-borne virus chikungunya was recognized in the Western Hemisphere, the first locally acquired case of the disease has surfaced in the continental United States. The case was reported today in Florida in a male who had not recently traveled outside the United States. The Centers for Disease Control and Prevention is working closely with the Florida Department of Health to investigate how the patient contracted the virus; CDC will also monitor for additional locally acquired U.S. cases in the coming weeks and months.

Since 2006, the United States has averaged 28 imported cases of chikungunya (chik-un-GUHN-ya) per year in travelers returning from countries where the virus is common. To date this year, 243 travel-associated cases have been reported in 31 states and two territories. However, the newly reported case represents the first time that mosquitoes in the continental United States are thought to have spread the virus to a non-traveler. This year, Puerto Rico and the U.S. Virgin Islands reported 121 and two cases of locally acquired chikungunya respectively.

“The arrival of chikungunya virus, first in the tropical Americas and now in the United States, underscores the risks posed by this and other exotic pathogens,” said Roger Nasci, Ph.D., chief of CDC’s Arboviral Diseases Branch. “This emphasizes the importance of CDC’s health security initiatives designed to maintain effective surveillance networks, diagnostic laboratories and mosquito control programs both in the United States and around the world.”

CDC and the Florida Department of Health are assessing whether there are additional locally acquired cases and are providing consultation to the public on ways to prevent further spread of the virus by controlling mosquitoes and educating people about personal and household protection measures to avoid mosquito bites. CDC has asked state health departments to report cases of chikungunya to help track the virus in the United States. Local transmission occurs when a mosquito bites someone who is infected with the virus and then bites another person.

Outbreaks of chikungunya have been previously reported from countries in Africa, Asia, Europe, India, and the Middle East, and on the French side of the Caribbean island of St. Martin. The virus spread quickly in St. Martin through the Caribbean in December 2013 and into South and Central America. Local transmission has been reported in 23 countries in the hemisphere prior to the U.S. case.

People infected with chikungunya virus typically develop fever and joint pain. Other symptoms can include muscle aches, headaches, joint swelling or rash. Travelers returning from areas with chikungunya activity and those living in areas where the virus has been reported in the United States should seek medical care if they experience chikungunya symptoms. Health care providers in areas with reported cases should be on the alert for possible cases. People infected with chikungunya should protect themselves by wearing insect repellents, using air conditioning or window and door screens to keep mosquitoes out, wearing long pants and long-sleeved shirts when possible, and emptying standing water outside your home. Protecting yourself and others  from mosquito bites during the first few days of illness can help prevent other mosquitoes from becoming infected and reduce the risk of further spread.

Infection with chikungunya virus is rarely fatal, but the joint pain can often be severe and debilitating. This virus is not spread person to person. There is no vaccine and no specific treatment for infection, but research is underway in both areas. Patients recover in about a week, although long-term joint pain occurs in some people. According to CDC, infection is thought to provide lifelong immunity.