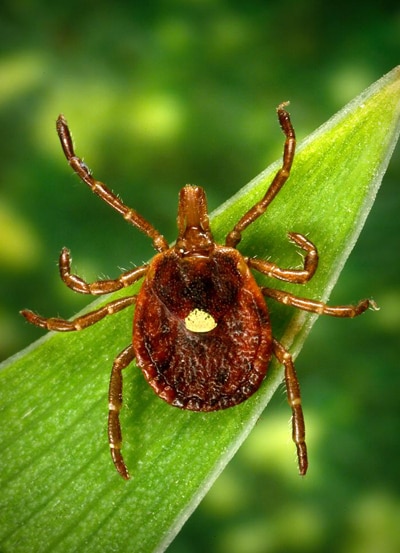 The Centers for Disease Control and Prevention (CDC) in collaboration with health officials in Missouri and Tennessee have identified six new cases of people sick with Heartland virus: five in Missouri and one in Tennessee. The new cases, discovered in 2012 and 2013, are in addition to two discovered in 2009 and are described today in CDC’s Morbidity and Mortality Weekly Report.

Heartland virus was first reported in two northwestern Missouri farmers who were hospitalized in 2009 with what was thought to be ehrlichiosis, a tick-borne disease. However, the patients failed to improve with treatment and testing failed to confirm ehlrlichiosis. Working with state and local partners, CDC eventually identified the cause of the men’s illness: a previously unknown virus in the phlebovirus family now dubbed Heartland virus.

Ongoing investigations have yielded six more cases of Heartland virus disease, bringing to eight the total number of known cases. All of the case-patients were white men over the age of 50. Their symptoms started in May to September and included fever, fatigue, loss of appetite, headache, nausea, or muscle pain. Four of the six new cases were hospitalized. One patient, who suffered from other health conditions, died. It is not known if Heartland virus was the cause of death or how much it contributed to his death. Five of the six new cases reported tick bites in the days or weeks before they fell ill.

Nearly all of the newly reported cases were discovered through a study conducted by the Missouri Department of Health and Senior Services and CDC are actively searching for human cases at six Missouri hospitals.

CDC has been working closely with the Missouri and Tennessee state health departments and other federal agencies to advance understanding of Heartland virus disease by learning more about the patients who were infected, their illness and their exposure to ticks. CDC seeks to determine the symptoms and severity of the disease, where it is found, how people are being infected, and how to prevent infections.

CDC studies to date have shown Heartland virus is carried by Lone Star ticks, which are primarily found in the southeastern and eastern United States. Additional studies seek to confirm whether ticks can spread the virus to people and to learn what other insects or animals may be involved in the transmission cycle. CDC is also looking for Heartland virus in other parts of the country to understand how widely it may be distributed.

“During the past two years, CDC has worked closely with state health departments, hospitals, and many experts from universities and other federal agencies to learn more about Heartland virus,”said Roger Nasci, Ph.D., chief of CDC’s Arboviral Diseases Branch. “By gathering information about the disease Heartland virus causes, and about how it’s spread to people, we hope to better understand the potential impact on the public’s health and how we can help protect people from this virus

CDC developed the blood tests used to confirm the new cases of Heartland virus disease. CDC teams are working to further validate these tests and develop additional tests. As more is learned, CDC hopefully can develop a diagnostic test that public health laboratories could use to test for the virus.

There is no specific treatment, vaccine or drug for Heartland virus disease. Because it is caused by a virus, the disease also does not respond to antibiotics used to treat tickborne bacterial infections such as Lyme disease. However, supportive therapies such as IV fluids and fever reducers can relieve some Heartland disease symptoms.

To reduce the risk of Heartland and other vector-borne diseases, CDC recommends that people:

For more information, please visit www.cdc.gov/ticks and http://www.cdc.gov/ncezid/dvbd/heartland/index.html and Missouri Department of Health and Senior Services. Heartland virus — What do I need to know?