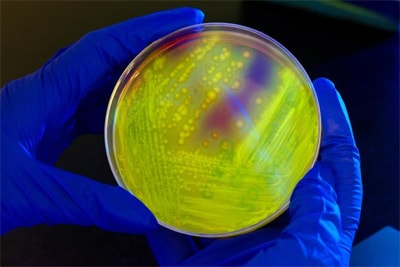 The majority of pediatric Clostridium difficile infections, which are bacterial infections that cause severe diarrhea and are potentially life-threatening, occur among children in the general community who recently took antibiotics prescribed in doctor’s offices for other conditions, according to a new study by the Centers for Disease Control and Prevention published this week in Pediatrics.

Among the community-associated pediatric cases whose parents were interviewed, 73 percent were prescribed antibiotics during the 12 weeks prior to their illness, usually in an outpatient setting such as a doctor’s office. Most of the children who received antibiotics were being treated for ear, sinus, or upper respiratory infections. Previous studies show that at least 50 percent of antibiotics prescribed in doctor’s offices for children are for respiratory infections, most of which do not require antibiotics.

The FY 2015 President’s Budget requests funding for CDC to improve outpatient antibiotic prescribing practices and protect patients from infections, such as those caused by C. difficile. The CDC initiative aims to reduce outpatient prescribing by up to 20 percent and healthcare-associated C. difficile infections by 50 percent in five years. A 50 percent reduction in healthcare-associated C. difficile infections could save 20,000 lives, prevent 150,000 hospitalizations, and cut more than $2 billion in healthcare costs.

Read the real life stories of two mothers who struggled with
C. difficile infection in their children on CDC’s Safe Healthcare Blog. The blog is provided by Christian Lillis, Executive Director of the Peggy Lillis Memorial Foundation, who lost his mother to C. difficile infection.

C. difficile, which causes at least 250,000 infections in hospitalized patients and 14,000 deaths every year among children and adults, remains at all-time high levels. According to preliminary CDC data, an estimated 17,000 children aged 1 through 17 years get C. difficile infections every year. The Pediatrics study found that there was no difference in the incidence of C. difficile infection among boys and girls, and that the highest numbers were seen in white children and those between the ages of 12 and 23 months.

Taking antibiotics is the most important risk factor for developing C. difficile infections for both adults and children. When a person takes antibiotics, beneficial bacteria that protect against infection can be altered or even eliminated for several weeks to months. During this time, patients can get sick from C. difficile picked up from contaminated surfaces or spread from a health care provider’s hands.

Although there have been significant improvements in antibiotic prescribing for certain acute respiratory infections in children, further improvement is greatly needed. In addition, it is critical that parents avoid asking doctors to prescribe antibiotics for their children and that doctors follow prescribing guidelines.

“As both a doctor and a mom, I know how difficult it is to see your child suffer with something like an ear infection,” said Lauri Hicks, DO, director of CDC’s Get Smart: Know When Antibiotics Work program. “Antibiotics aren’t always the answer. I urge parents to work with their child’s doctor to find the best treatment for the illness, which may just be providing symptom relief.”

For more information about the Get Smart program and improving antibiotic prescribing practices in doctor’s offices, visit http://www.cdc.gov/getsmart.