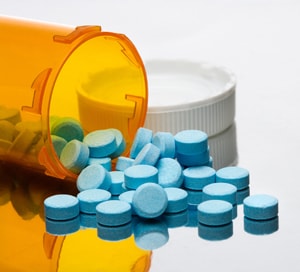 Most people who abuse prescription opioid drugs get them for free from a friend or relative – but those at highest risk of overdose are as likely to get them from a doctor’s prescription, CDC researchers reported today in a research letter, “Sources of Prescription Opioid Pain Relievers by Frequency of Past-Year Nonmedical Use: United States, 2008-2011,” in the Journal of the American Medical Association Internal Medicine (JAMA Internal Medicine).

This finding underscores the need for prevention efforts that focus on physicians’ prescribing behaviors and patients at highest risk for overdose.

“Many abusers of opioid pain relievers are going directly to doctors for their drugs,” said CDC Director Tom Frieden, M.D., M.P.H. “Health care providers need to screen for abuse risk and prescribe judiciously by checking past records in state prescription drug monitoring programs. It’s time we stop the source and treat the troubled.”

Data have shown that the majority of all people who use opioids for nonmedical reasons (using drugs without a prescription, or using drugs just for the “high” they cause) get the drugs from friends or family for free. Prevention efforts have focused on this group, emphasizing methods such as collecting unused medications through take-back events that are aimed at providing a safe and convenient way of disposing of prescription drugs responsibly.

But these efforts fail to target those at highest risk of overdose: people who use prescription opioids nonmedically 200 or more days a year. CDC’s new analysis shows that these highest risk users get opioids through their own prescriptions 27 percent of the time, as often as they get the drugs from friends or family for free or buy them from friends. And they are about four times more likely than the average user to buy the drugs from a dealer or other stranger.

Researchers analyzed data for the years 2008 through 2011 from the Substance Abuse and Mental Health Services Administration’s (SAMHSA) National Survey on Drug Use and Health (NSDUH). Other major sources of opioids for frequent nonmedical users include obtaining drugs from friends or relatives for free (26 percent), buying from friends or relatives (23 percent), or buying from a drug dealer (15 percent).

Also in today’s issue of JAMA Internal Medicine is an in-depth investigation of the opioid overdose death problem in Tennessee. The Tennessee Department of Health, Vanderbilt University School of Medicine, and CDC found that high-risk opioid use is frequent in the state, is increasing, and is connected to an increase in overdose deaths. The article, “High-Risk Use by Patients Prescribed Opioids for Pain and Its Role in Overdose Deaths,” covers a 5-year period (2007-2011) during which opioid prescribing rates increased 32 percent (from 108 to 143 prescriptions per 100 population). The authors found that one third of the population of Tennessee filled a prescription for an opioid each year. Opioid analgesic-related overdose deaths were strongly associated with being prescribed high dosages of opioids (>100 morphine milligram equivalents a day) and with obtaining opioids from multiple prescribers and pharmacies.

Today’s articles call attention to the need for federal and state agencies to work together to prevent prescription drug overdose and abuse.

Steps the federal government is taking include:

Promising steps that many states are taking include: