Get Smart About Antibiotics Week 2016

Protecting patients with the right drug, dose and duration

Each year in the United States more than 266 million prescriptions for antibiotics are written in doctors’ offices and emergency rooms. Studies show 30% of these antibiotics are not needed and can actually be harmful.

Get Smart about Antibiotics Week, November 14-20, focuses on raising awareness about the risks of using these miracle drugs inappropriately and their impact on antibiotic resistance. The week long observance comes less than two months after the United Nations identified antibiotic resistance as the “greatest and most urgent global risk” and called on world governments to combat antibiotic resistance in medicine, agriculture, and the environment.

As the leading government agency tracking antibiotic use in the United States, CDC has expanded the Antibiotic Resistance Patient Safety Atlas to include the most complete data currently available on the rate of antibiotic prescribing in each state. Studies show that nearly 154 million visits each year to outpatient facilities result in an antibiotic prescription. Southern states have the highest prescribing and Western states the lowest. This interactive tool also provides data about healthcare-associated infections (HAIs) caused by antibiotic resistant bacteria, which are reported to CDC through the National Healthcare Safety Network (NHSN).

In addition, CDC has developed the Core Elements of Outpatient Antibiotic Stewardship, a resource outlining policies and practices that individual clinicians and outpatient facilities are encouraged to adopt to improve antibiotic use and prevent the following:

Patients also play a critical role in preventing antibiotic resistance and improving antibiotic stewardship. Get Smart about Antibiotics Week is an opportunity for patients to learn how widespread overuse of antibiotics and incorrect prescribing practices can drive drug resistance, and result in unnecessary side effects, allergic reactions, and serious diarrheal infections caused by Clostridium difficile. Complications of antibiotic therapy can have serious outcomes, even death.

Get Smart About Antibiotics Week

Infographic: Percent of Hospitals with Antibiotic Stewardship Programs by State, 2015

Infographic: Percent of Hospitals with Antibiotic Stewardship Programs by State, 2015

Each year in the US, more than 2 million people get infections from antibiotic-resistant germs 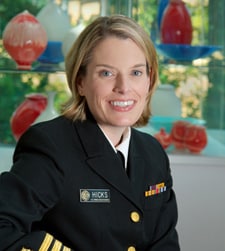