The World Malaria Report 2009 summarizes information received from 108 malaria-endemic countries and other sources and focuses on recent progress in malaria control globally.

Since 2006, the funds committed to malaria have increased sharply, from US$ 730 million in 2006 to US$ 1.7 billion in 2009. This has boosted scale-up of malaria control interventions, resulting in decreased malaria burden. The recent jump in funding is large, but to scale up malaria efforts worldwide, a far larger amount is required—an estimated US$ 5 billion annually.

Highlights of the WHO Report 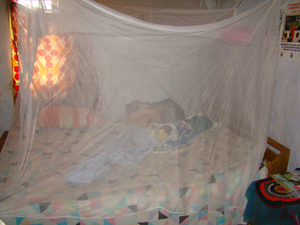 A baby sleeping under an ITN. 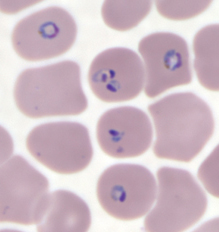 Parasites resistant to the latest and best first-line antimalarial drugs would make treatment difficult, if not impossible. Courtesy: DPDx

WHO Director Is Encouraged by Findings

According to the WHO Director-General, Dr. Margaret Chan, "While much remains to be done, the data presented here clearly suggest that the tremendous increase in funding for malaria control is resulting in the rapid scale up of today’s control tools. This, in turn, is having a profound effect on health – especially the health of children in sub-Saharan Africa. In a nutshell, development aid for health is working."

More on: The World Malaria Report 2009