CDC Support for Malaria Elimination in Haiti Is “Bon Bagay”

Born to Haitian immigrants and raised in Boston, Dr. Daniel Impoinvil grew up speaking Haitian Creole and often imagined the island nation of which his parents spoke. A kaleidoscope of vibrant colors shaped by endless mountains, blue waters, distant relatives, hardships, lush vegetation, and deforestation. He never dreamed, however, that one day he would have the opportunity to support his family’s home country in the fight against a formidable public health adversary: the Anopheles albimanus mosquito.

Mosquitoes—which transmit several infectious diseases including malaria—are the deadliest creatures on earth, taking the lives of ~750,000 people each year. In 2017, the World Health Organization (WHO) reported 219 million illnesses and 435,000 deaths from malaria alone. This deadly disease was all but wiped out in the Caribbean by the 1970s; however, malaria elimination has remained elusive on the island of Hispaniola. While infection rates are low, sickening <1% of the population annually, Hispaniola (comprised of Haiti and the Dominican Republic) is the last remaining island with ongoing malaria transmission in the region and poses a constant threat for malaria introduction to neighboring islands. 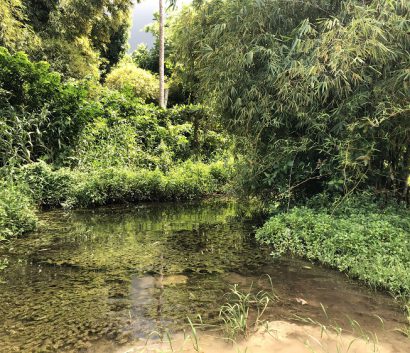 Anopheles albimanus, a species of mosquito that is found widely throughout Latin America and the Caribbean, is primary responsible for transmitting malaria in Haiti. In a complex cycle, mosquitos infect humans with the malaria parasite when they bite. Unlike mosquito species in other parts of the world, Anopheles albimanus mosquitoes prefer to bite farm animals outdoors over humans indoors, are relatively bad at transmitting malaria, and are still susceptible to all types of insecticides in Hispaniola. Consequently, these factors provide opportunities to abolish malaria on the island using mosquito control in combination with other malaria control methods.

The U.S. Centers for Disease Control and Prevention (CDC), which was established nearly 75 years ago to prevent malaria from spreading across the United States, is well placed to assist in this elimination effort. Although the mission and scope of CDC has since expanded greatly to protect Americans from all health threats, entomology and malaria remain deeply rooted in both the agency’s historic successes and work today. CDC lends its public health and malaria expertise and state-of-the-art laboratory and insectary facilities to help the agency to drive malaria research and effectively support the Ministry of Health (MoH) in Haiti and others around the world to control and/or eliminate this threat. 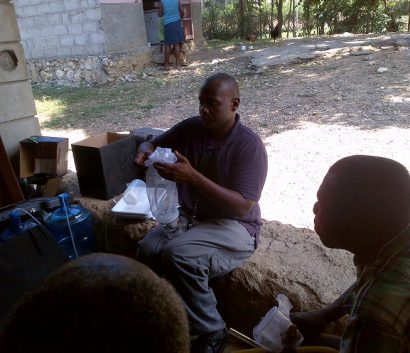 In 2013, Dr. Impoinvil joined CDC as the lead entomologist for malaria control and elimination activities in Haiti. In addition to a Ph.D. in epidemiology and years of entomology experience working on malaria in other settings, Dr. Impoinvil’s Haitian background and fluency in Haitian Creole allowed him to quickly gain the trust of local communities. As one community leader commented during his first field visit, “kominote a se pou ou”—the community is yours. The leader trusted implicitly that Dr. Impoinvil’s work with CDC was for the betterment of their community and bestowed upon him the name “Bon Bagay”, which means “a good thing”.

Building upon CDC’s longstanding work in Haiti and close relationship with the MoH, Dr. Impoinvil identified and adapted best practices in mosquito control for the local Haitian context. Dr. Impoinvil further expanded this work through Malaria Zero, a CDC-led project that brings together an alliance of partners with funding from the Bill & Melinda Gates Foundation to accelerate the timeline to malaria elimination on Hispaniola. As part of Malaria Zero’s work, CDC provided technical input into national vector control policies and helped strengthen mosquito control activities through strategic planning and human capacity training, combined with collecting and analyzing entomological data to inform decision-making. These data were included in malaria risk mapping for the first time in 2017 to help identify how and where to target limited resources to maximize impact. 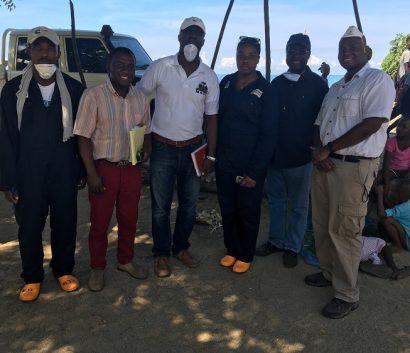 Through Malaria Zero, CDC also recently piloted the spraying of homes with insecticides (indoor residual spraying, or IRS) as part of a larger package of targeted interventions aimed at accelerating malaria elimination; IRS had not been done in Haiti since the 1970s. Implementing this pilot project in the Grand Anse Department of Haiti, a hard-to-reach region in southwestern Haiti that carries more than 50 percent of the island nation’s malaria burden, was no small feat. Campaign workers walked many miles across mountainous terrain to spray nearly 10,000 high-risk homes, and CDC was there to support them every step of the way. 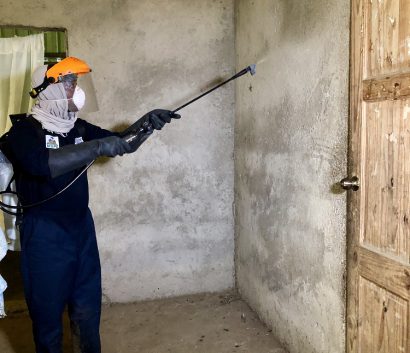 The impact of these and other collective efforts of the National Malaria Control Program, CDC, Malaria Zero, and Global Fund have been dramaticexternal icon. The number of malaria cases fell by more than 50% last year alone to less than 10,000 cases—the lowest number of cases reported in Haiti in 50 years.

Achieving such positive health impact is inspiring. In fact, Dr. Impoinvil was first drawn to the field of entomology because “the impact that mosquitoes have on the lives of people is so great.” Bon Bagay, the name initially bestowed on Dr. Impoinvil, is indeed fitting. His work, along with CDC colleagues and other partners, has helped reduce the deadly risk of malaria and move toward eliminating it once and for all—a very good thing for this island nation!